This Tablet Marks the Site of Old Fort Cumberland 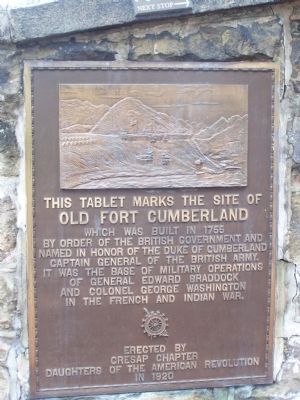 Which was built in 1755 by order of the British Government and named in honor of the Duke of Cumberland, Captain General of the British Army. It was the base of military operations of General Edward Braddock and Colonel George Washington in the French and Indian War.

Erected 1920 by Cresap Chapter Daughters of the American Revolution.

Topics and series. This historical marker is listed in these topic lists: Colonial Era • Forts and Castles • War, French and Indian. In addition, it is included in the Daughters of the American Revolution (DAR) series list. A significant historical year for this entry is 1755. 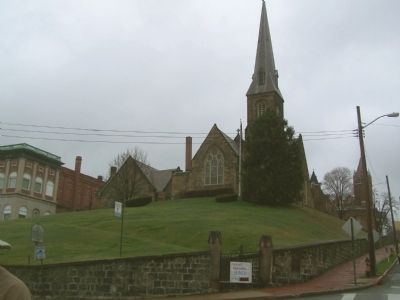 Photographed By Beverly Pfingsten, March 28, 2009
2. Marker is on the wall to the right of the white sign.