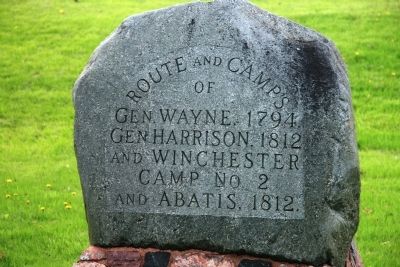 Topics. This historical marker is listed in these topic lists: Forts and Castles • Native Americans • War of 1812 • Wars, US Indian. A significant historical year for this entry is 1794.

Location. 41° 16.511′ N, 84° 22.614′ W. Marker is in Defiance, Ohio, in Defiance County. Marker is on South Clinton Street (Ohio Route 111) 0.1 miles south of Sunday Street, on the right when traveling south. This historical marker is located on the south side of Defiance, Ohio along State Route 111, on the opposite side of the street from Defiance's Riverside Cemetery. Touch for map. Marker is at or near this postal address: 1238 South Clinton Street, Defiance OH 43512, United States of America. Touch for directions. 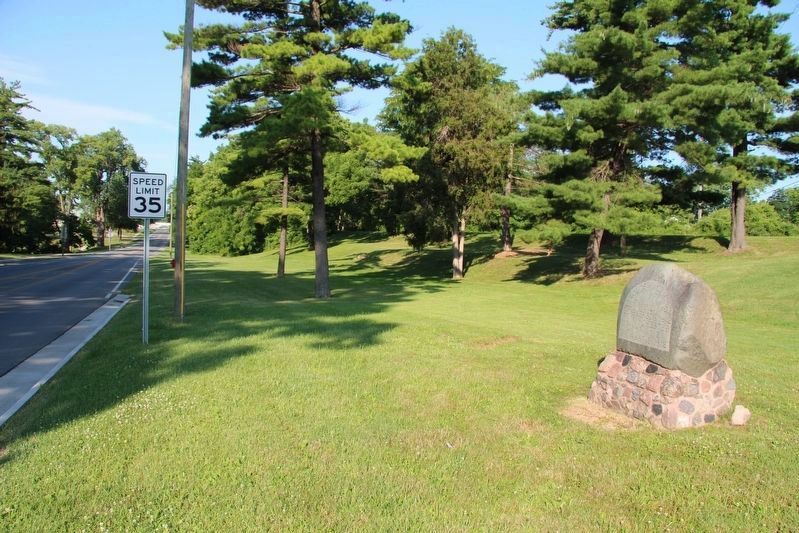 Regarding Route and Camp's. If you were to look at a map of Defiance, Ohio you would notice that it is located at the confluence of the Auglaize River (coming up from the southwest) and the Maumee River (coming in from the west). As the rivers approach each other they create what seems to me to be a naturally defensive position of land which the rivers have formed into a pennisula. This defensive position is further enhanced by the occurance of a bend in the Auglaize River at just the right location to create a narrow neck of land between the two rivers (and just to the north of this narrow neck of land the Tiffin River empties into the Maumee River). Then, just beyond that bend in the Auglaize River, there is a bulge of land in the formation of the pennisula which makes it ideally suited to serve as a defensive position for a large body of troops. 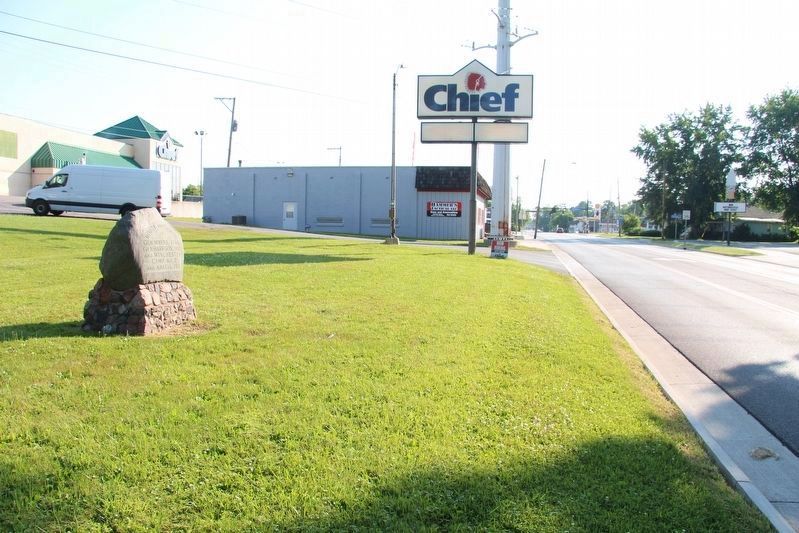 Photographed By Dale K. Benington, July 15, 2019
3. Route and Camp's Marker
View of the marker looking north along Ohio Route 111.
Auglaize and Maumee Rivers. It was across this narrow neck of land that the Americans built an abatis (usually chopped down trees with all of their sharpened branches pointed away from your encampment, the forerunner of the military's use of barbed wired).

It was between this marker and the Maumee River that General Anthony Wayne's army made its encampment upon returning to the Fort Defiance area after the Battle of Fallen Timbers. This fact is noted by Charles E. Slocum in his book, "History of the Maumee River Basin" (copyright 1905), where he states that on August 27, 1794, "The legion continued their route, and at three o'clock were encamped on the Miami [Maumee River, right bank, a little below the mouth of the Tiffin] one mile above the garrison [Fort Defiance]....The wounded are happily fixed in the garrison, and the doctors say there is no great danger of any of them dying."

It was also between this marker and the Maumee River that General Winchester established his first encampment upon his arriving with his army in the Fort Defiance area. Once again I refer to Charles E, Slocum who states, "General Winchester advanced and September 30th fortified an encampment on the high south bank of the Maumee opposite the mouth of the Tiffin River. The bushes had grown so thick and high since General Wayne's clearing here in 1794 that it required much labor to clear 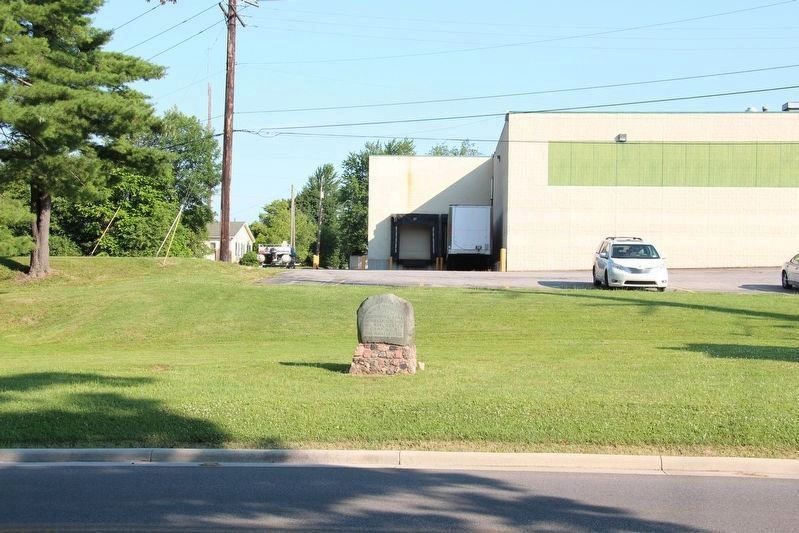 Photographed By Dale K. Benington, July 15, 2019
4. Route and Camp's Marker
View of the marker, looking west, across the roadway of Ohio Route 111.
the desired ground across to the Auglaise River and to Fort Defiance point." 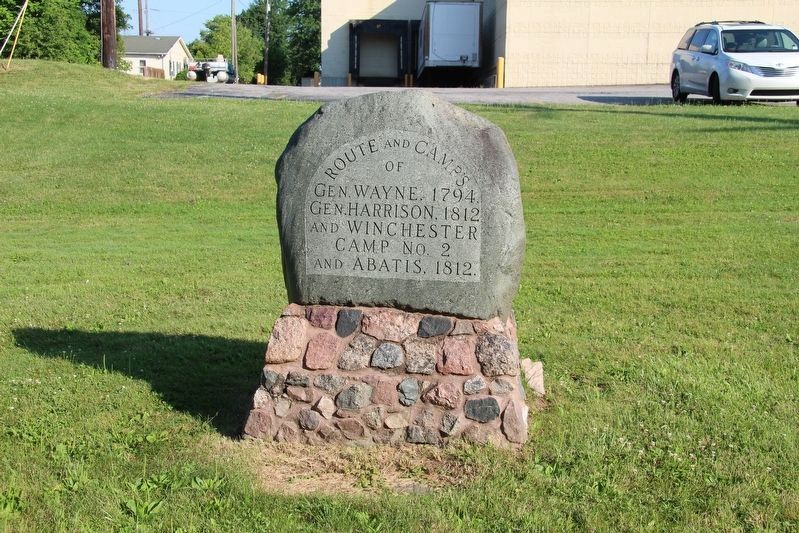