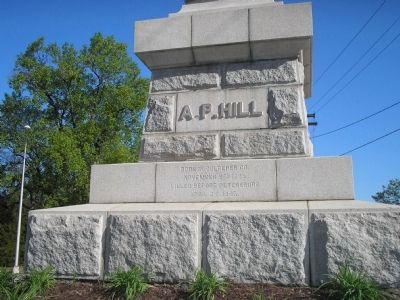 Topics. This historical marker is listed in these topic lists: Cemeteries & Burial Sites • War, US Civil. A significant historical month for this entry is April 1960. 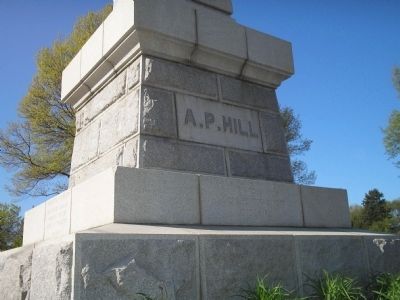 Click or scan to see
this page online
(approx. 1.1 miles away); Richmond Locomotive Works (approx. 1.2 miles away). Touch for a list and map of all markers in Richmond.

Regarding A. P. Hill. Lieutenant General Ambrose Powell Hill lies buried beneath this monument is Richmond. This is the third place that Hill was laid to rest. On April 4, 1865, after being unable to bury the General in Richmond due to the Union occupation, the family had him interred in the Winston family cemetery in the Coalfield area of Chesterfield County. In the fall of 1867, some friends of Hill's had the General's remains relocated to Lot N-35 of Hollywood Cemetery in Richmond. In 1891, the Hill Monument Association moved Hill's remains once again to their present location at the intersection of Laburnum Avenue and Hermitage Road beneath the monument.

2. Biography of A.P. Hill. And Then A.P. Hill Came Up - An article on the life and career of General Ambrose Powell Hill by Jennifer Goellnitz. (Submitted on June 9, 2009, by Bill Coughlin of Woodland Park, New Jersey.)

3. Commemoration of the Death of A.P. Hill 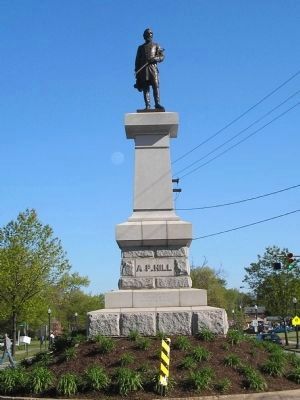 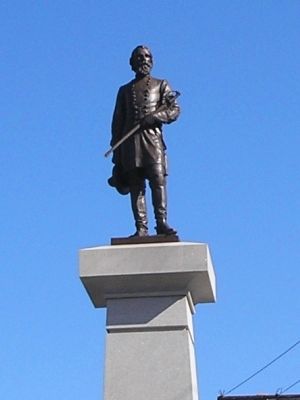 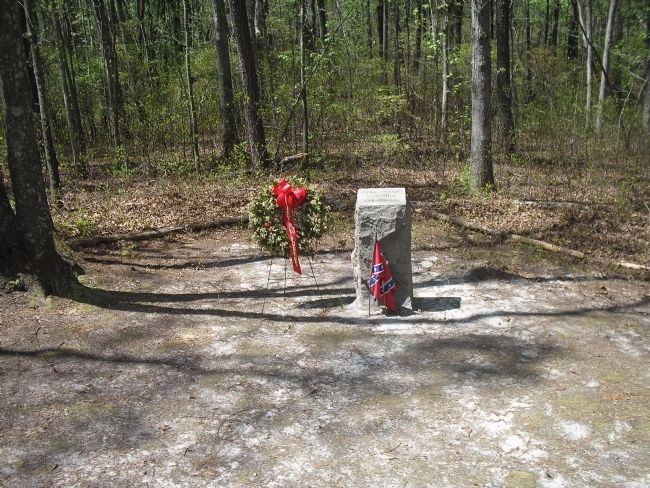 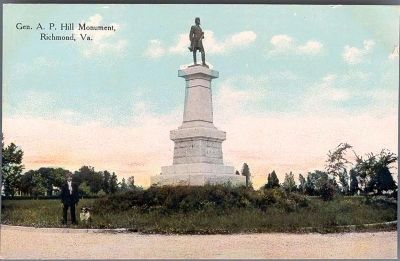