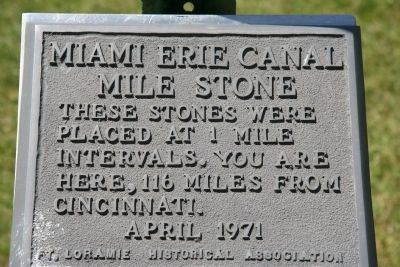 These stones were placed at 1 mile intervals. You are here, 116 miles from Cincinnati.

Topics and series. This historical marker is listed in these topic lists: Industry & Commerce • Man-Made Features • Waterways & Vessels. In addition, it is included in the The Miami & Erie Canal series list. 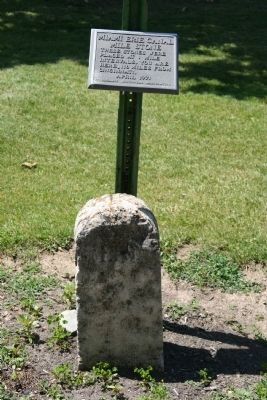 By Dale K. Benington, June 5, 2009
2. Miami Erie Canal Mile Stone Marker
View of both the historical marker and canal mile stone.
(approx. half a mile away); Fort Loramie (approx. 0.7 miles away); Cholera Marker (approx. 2.4 miles away); The Crescent Theater (approx. 2.9 miles away). Touch for a list and map of all markers in Fort Loramie.

More about this marker. This historical marker is located in a park that runs through the center of the town, on the old right-of-way of the Miami & Erie Canal. 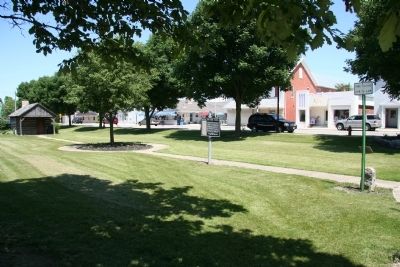 By Dale K. Benington, June 5, 2009
3. Miami Erie Canal Mile Stone Marker
View of the park in the center of town, located on the Miami & Erie Canal old right-of-way, with a view of this historical marker on the extreme right of this picture. 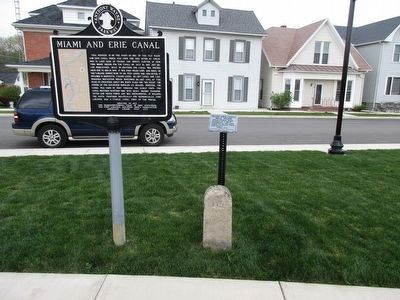