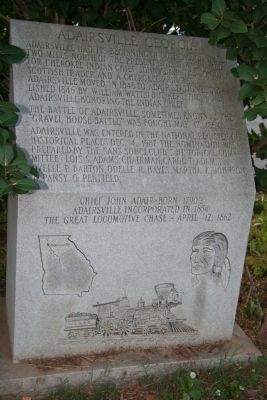 Adairsville had its beginning in Oothcaloga Valley, two miles north of the present site. It was named for Cherokee Indian Chief John Adair, the son of a Scottish trader and a Cherokee Princess.
Adairsville moved in 1848 to Adair Station (established 1846 by William Watts) but kept the name Adairsville, honoring the Indian Chief.

The Battle of Adairsville, sometimes known as the "Gravel House Battle" was fought May 17, 1864.

Topics. This historical marker is listed in these topic lists: Native Americans • Settlements & Settlers • War, US Civil. A significant historical month for this entry is April 1794. 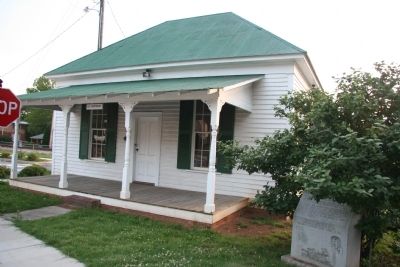 Photographed By Dale K. Benington, June 6, 2009
2. Adairsville, Georgia Marker
View of historic marker to the right of the "Old Courthouse."

Click or scan to see
this page online
, Georgia, in Bartow County. Marker is at the intersection of Main Street North and Cherry Street, on the left when traveling north on Main Street North. This historical marker is located in downtown Adairsville, at the north end of the town's public square, on the west side of the street, just to the right of the restored "Old Courthouse.". Touch for map. Marker is in this post office area: Adairsville GA 30103, United States of America. Touch for directions.

More about this marker. The famous Western & Atlantic railroad also ran right through the downtown district, with railroad tracks running along the Public Square, and the old railroad depot situated just to the south of both the "Old Courthouse" and the featured historic marker. 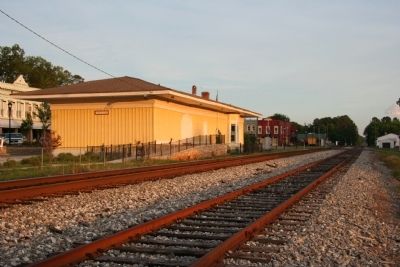