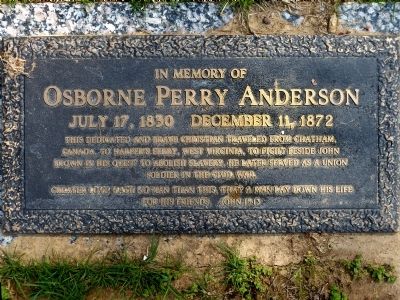 . This historical marker was erected in 2000. It is in Hyattsville in Prince George's County Maryland

In Memory of
Osborne Perry Anderson
July 17, 1830   December 11, 1872
This dedicated and brave Christian traveled from Chatham, Canada to Harper's Ferry, West Virginia, to fight beside John Brown in his quest to abolish slavery. He later served as a Union soldier in the Civil War.

Topics. This memorial is listed in these topic lists: Abolition & Underground RR • African Americans • War, US Civil. A significant historical month for this entry is July 1842. 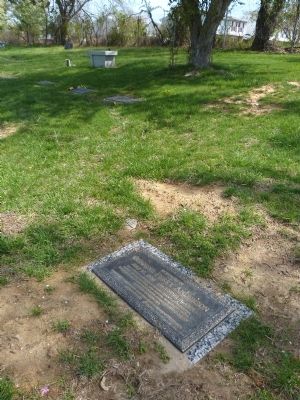 Click or scan to see
this page online
(here, next to this marker); This Memorial is Dedicated (about 700 feet away, measured in a direct line); This Memorial Honors Philip Reed (approx. 0.2 miles away); Marvin F. Wilson Stadium (approx. 0.6 miles away); Development at the Wilson Farm Site (approx. ¾ mile away); History of the Wilson Farm (approx. ¾ mile away). Touch for a list and map of all markers in Hyattsville.

More about this marker. Osborne Anderson's body was buried at Columbia Harmony Cemetery in DC but was moved to an unmarked mass grave at National Harmony Memorial Park after the former cemetery closed in 1960. This plaque was dedicated on Veterans Day 2000. 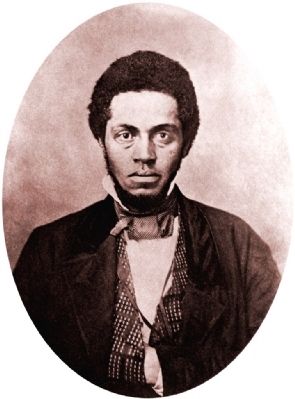