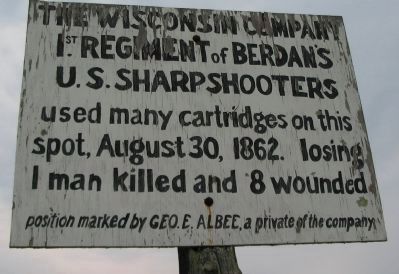 The Wisconsin Company
1st Regiment of Berdan's
U.S. Sharpshooters
used many cartridges on this
spot, August 30, 1862. Losing
1 man killed and 8 wounded
position marked by Geo. E. Albee, a private of the company

Location. 38° 49.175′ N, 77° 33.072′ W. Marker is in Manassas, Virginia, in Prince William County. Marker is on Featherbed Lane (County Route 622), on the right when traveling south. Located on the Deep Cut Trail, along the old railroad bed, in Manassas National Military Park. Touch for map. Marker is in this post office area: Manassas VA 20109, United States of America. Touch for directions. 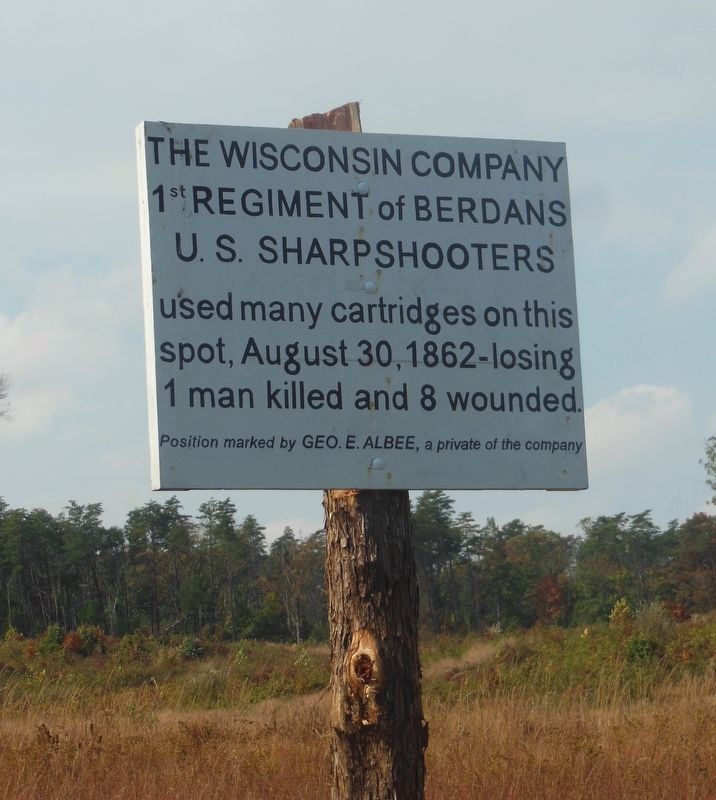 By Bradley Owen, October 20, 2016
2. The Wisconsin Company Marker
The marker has been updated and is in better condition.

Also see . . .  George Emerson Albee. Albee later was commissioned and served in the Army after the war. He was later awarded the Medal of Honor for actions at the Brazos River, Texas in October 1869. (Submitted on June 30, 2009, by Craig Swain of Leesburg, Virginia.)

Additional commentary.
1. History of this Marker
Jim Burgess of Manassas National Battlefield offers this brief history of the marker:

The sign in question, known locally as the "Cedar Pole Monument," was first erected by George E. Albee, a veteran of Co. G (Wisconsin Company), 1st U.S.S.S. who was wounded at Second Manassas, and a Medal of Honor recipient (Indian Wars service). The exact date for the original sign is not known but it was put in place during one of Albee's several visits to the battlefield after his retirement from the U.S. Army in 1878 and before his death in 1918. Albee reportedly boarded with the Dogan family during his visits. We speculate it may date to about 1890. The present marker, as John Hennessy has correctly pointed 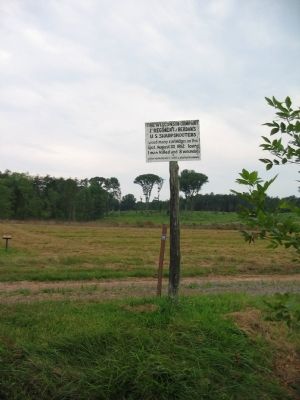 By Craig Swain, June 28, 2009
3. The Wisconsin Company Marker
out, is a replacement fabricated by the NPS while what we believe to be the original sign, now barely legible, resides in the park's museum collection (Catalog # MANA 1657).
— Submitted July 6, 2009, by Craig Swain of Leesburg, Virginia. 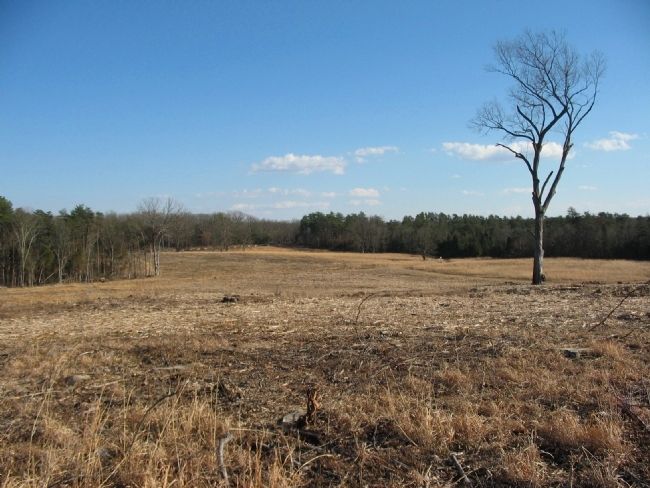 By Craig Swain, February 8, 2009
4. The Sharpshooter's Position - Confederate Point of View
Looking from atop the high ground north of the marker, along the unfinished railroad. The marker is the white "sign" just right of distant center, next to a lone tree in the field (not the closest tree to the right). The Sharpshooter's position was near a small brook running through the low ground. 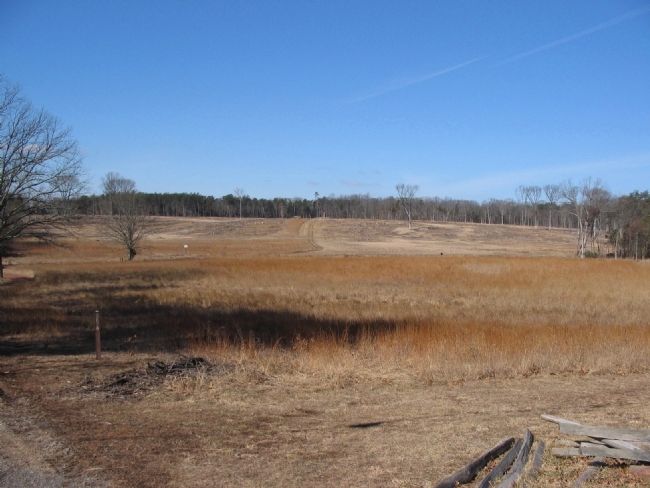 By Craig Swain, February 15, 2009
5. Sharpshooters Advance
Looking from near Featherbead Lane toward the marker. The marker is the white "sign" just right of the tree in the field. Note the high ground beyond from which the photo above was taken. The Sharpshooters advanced up to the location of the sign, and fired on the Confederate lines on the high ground. 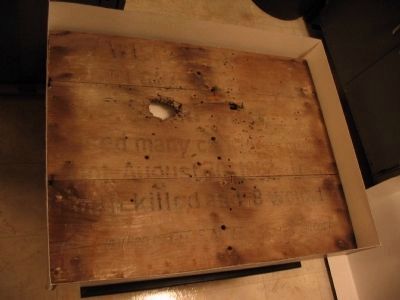