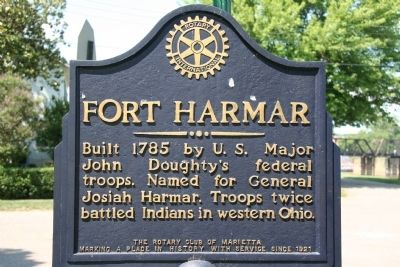 Erected by The Rotary Club of Marietta.

Topics. This historical marker is listed in these topic lists: Forts and Castles • Military • Native Americans • Settlements & Settlers • Wars, US Indian. A significant historical year for this entry is 1785.

Location. 39° 24.589′ N, 81° 27.471′ W. Marker is in Marietta, Ohio, in Washington County. Marker is at the intersection of Fort Street and Fort Square, on the left when traveling north on Fort Street. This historical marker is located where the Muskingum River empties into the Ohio River, on the high north bank of the Ohio River, and on the west side of the Muskingum River. Touch for map. Marker is in this post office area: Marietta OH 45750, United States of America. Touch for directions. 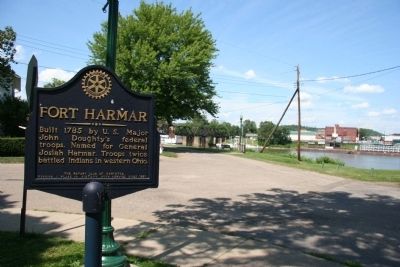 Photographed By Dale K. Benington, July 7, 2009
2. Fort Harmar Marker
View of historical marker with Muskingum River, and beyond the river downtown Marietta, in the background.

Also see . . .
1. Fort Harmar. This link is published and made available by, "Ohio History Central," an online encyclopedia of Ohio History. (Submitted on July 11, 2009, by Dale K. Benington of Toledo, Ohio.)

2. Josiah Harmar. This web link was both published and made available by, "Absolute Astronomy.com," in it's quest to enable "exploring the universe of knowledge" (Submitted on July 11, 2009, by Dale K. Benington of Toledo, Ohio.) 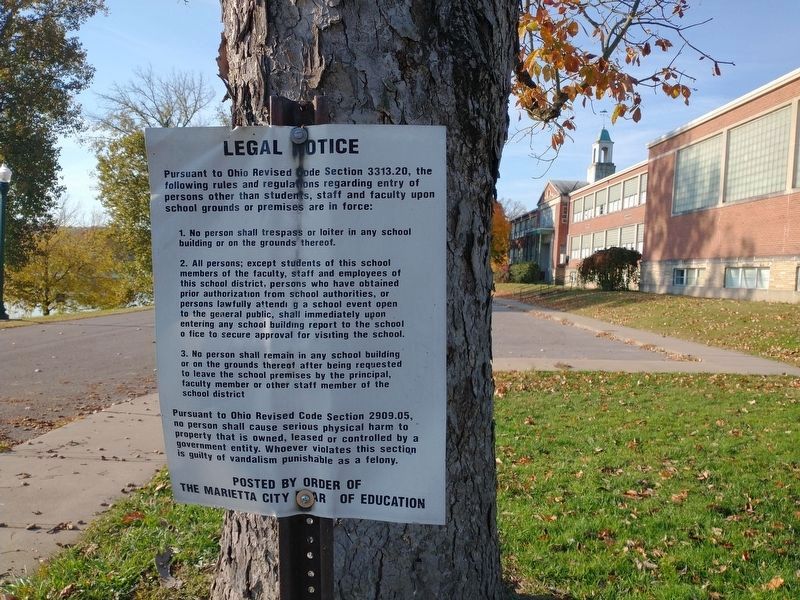