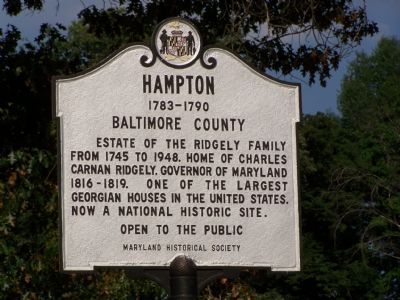 By Beverly Pfingsten, 08-12-2007
1. Hampton 1783-1790 Baltimore County Marker
Inscription.
Hampton. Estate of the Ridgely Family from 1745 to 1948. Home of Charles Carnan Ridgely, Govenor of Maryland, 1815–1819. One of the largest Georgian Houses in the United States. Now a National Historic Site. . .
Open to the public.. . This historical marker was erected in 1968 by Maryland Historical Society. It is in Towson in Baltimore County Maryland

Estate of the Ridgely Family from 1745 to 1948. Home of Charles Carnan Ridgely, Govenor of Maryland, 1815–1819. One of the largest Georgian Houses in the United States. Now a National Historic Site.


Open to the public.

Location. 39° 25.063′ N, 76° 35.477′ W. Marker is in Towson, Maryland, in Baltimore County. Marker is on Hampton Lane half a mile east of Dulaney Valley Road, on the right when traveling east. Touch for map. Marker is at or near this postal address: 535 Hampton Lane, Towson MD 21286, United States of America. Touch for directions. 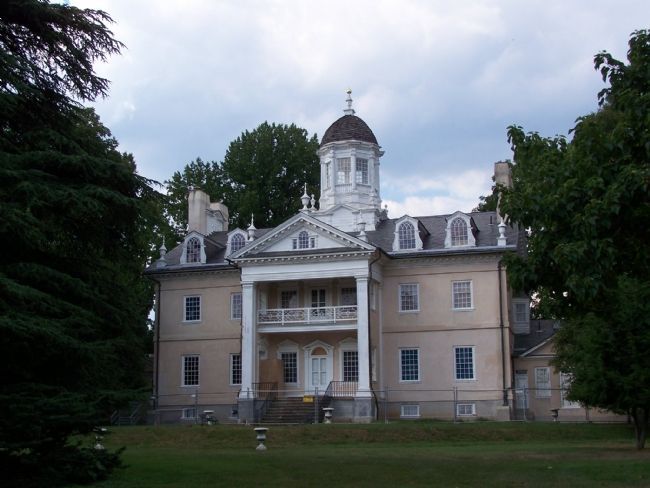 More about this marker. This marker replaced one erected by the Maryland State Roads Commission in 1934. 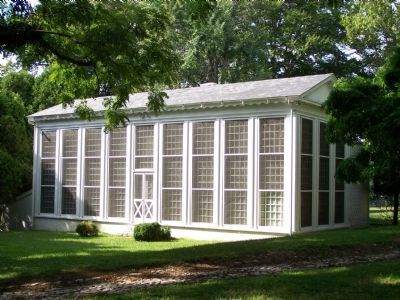 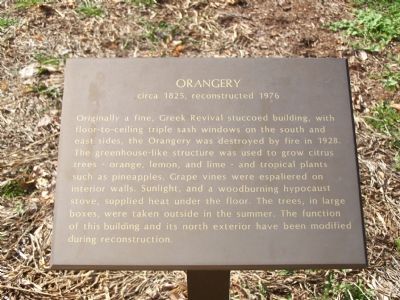 By Beverly Pfingsten, August 12, 2007
4. Orangery Interpretive Marker
Orangery circa 1825, reconstructed 1976. Originally a fine, Greek Revival stuccoed building, with floor-to-ceiling triple sash windows on the south and east sides, the Orangery was destroyed by fire in 1928. The greenhouse-like structure was used to grow citrus trees—orange lemon, and lime—and tropical plants such as pineapples. Grape vines were espaliered on interior walls. Sunlight, and a woodburning hypocaust stove, supplied heat under the floor. The trees, in large boxes, were taken outside in the summer. The function of this building and its north exterior have been modified during reconstruction. 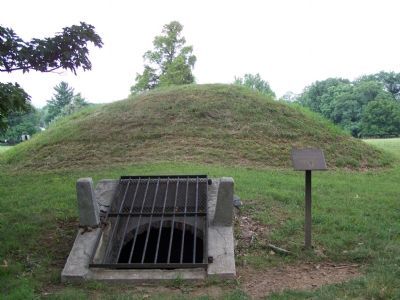 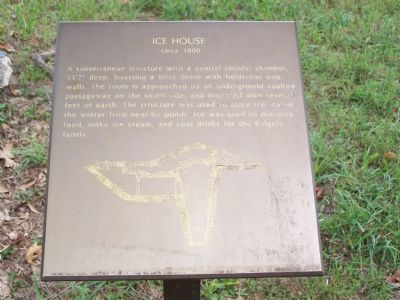 By Beverly Pfingsten, August 12, 2007
6. Ice House Interpretive Marker
Ice House circa 1800. A subterranean structure with central circular chamber, 33' 7" deep, boasting a brick dome with fieldstone side walls. The room is approached by an underground vaulted passageway on the south side, and insulated with several feet of earth. The structure was used to store ice cut in the winter from near-by ponds. Ice was used to preserve food, make ice cream, and cool drinks for the Ridgely family. 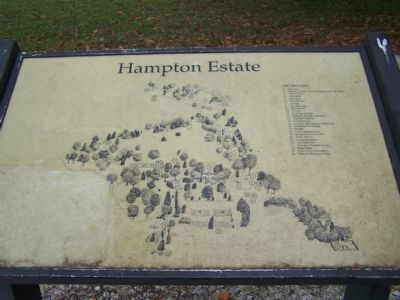 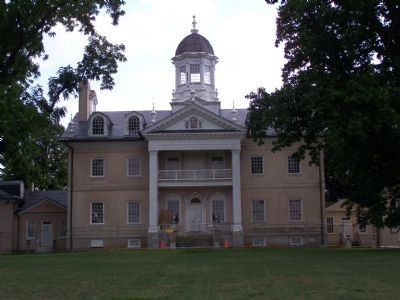 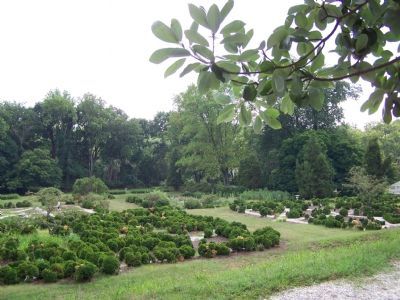