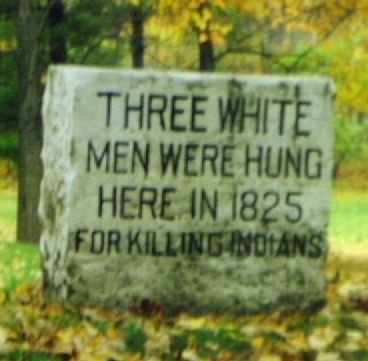 Three white men were hung here in 1825 for killing Indians.

Topics. This historical marker is listed in these topic lists: Law Enforcement • Native Americans. A significant historical year for this entry is 1825.

Regarding Three White Men Were Hung Here. The Fall Creek massacre of Indians occurred near Markleville, seven miles east. That marker reports that in 1824, nine Indians were murdered by white men there. The men were tried, found guilty and ordered hung. It was the first execution of white men for killing Indians and it occurred here. 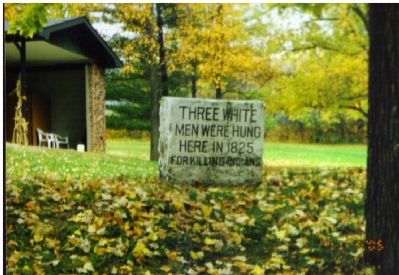 Click or scan to see
this page online
Click here for another marker that is related to this marker.