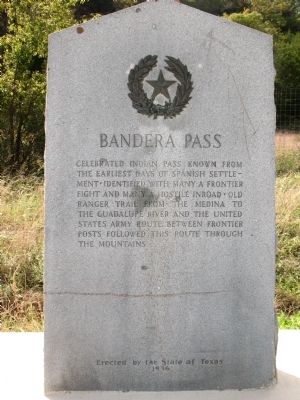 Photographed By Bill Royal, November 7, 2009
1. Bandera Pass Marker
Inscription.
Bandera Pass. . Celebrated Indian pass known from the earliest days of Spanish settlement · Identified with many a frontier fight and many a hostile inroad · Old ranger trail from the Medina to the Guadalupe River and the United States Army route between frontier posts followed this route through the mountains . This historical marker was erected in 1936 by State of Texas. It is in Bandera in Bandera County Texas

Topics and series. This historical marker is listed in these topic lists: Military • Native Americans • Roads & Vehicles. In addition, it is included in the Texas 1936 Centennial Markers and Monuments series list.

Other nearby markers. At least 8 other markers are within 7 miles of this marker, measured as the crow flies. A different marker also named Bandera Pass (a few steps from this marker); Site of Camp Verde (approx. 2.3 miles away); One Mile to Ruins of Camp Verde 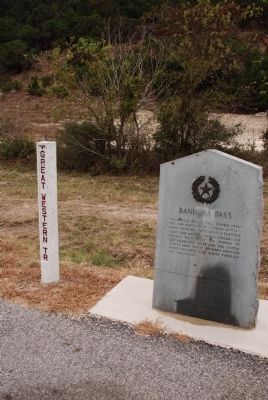 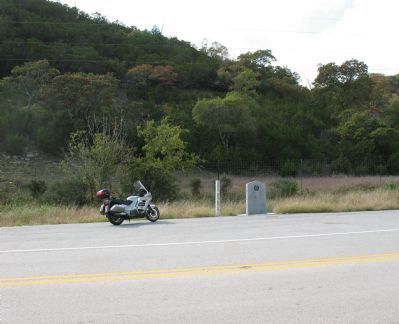