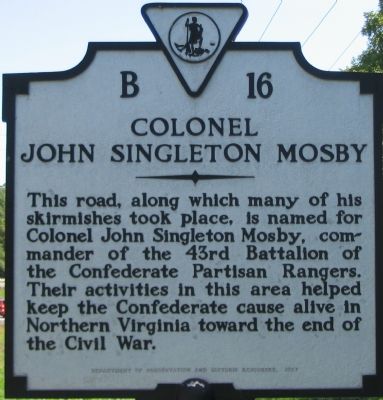 This road, along which many of his skirmishes took place, is named for Colonel John Singleton Mosby, commander of the 43rd Battalion of the Confederate Partisan Rangers. Their activities in this area helped keep the Confederate cause alive in Northern Virginia toward the end of the Civil War.

Erected 1987 by Department of Conservation and Historic Resources. (Marker Number B-16.)

Location. 39° 8.155′ N, 78° 7.313′ W. Marker is near Winchester, Virginia, in Frederick County. Marker is at the intersection of Millwood Pike (U.S. 17/50) and Carpers Valley Road (County Route 723), on the right when traveling east on Millwood Pike. Touch for map. Marker is in this post office area: Winchester VA 22603, United States of America. Touch for directions. 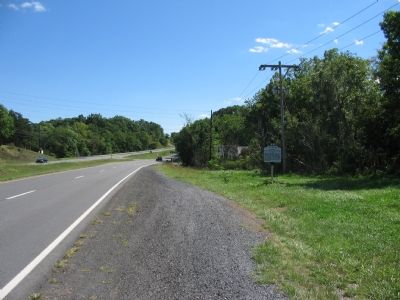 Regarding Colonel John Singleton Mosby. This marker is a “bookend” of sorts to a similar one standing in Chantilly, Fairfax County to the east on US. Highway 50, numbered B 12 (see related markers). Between the two, Col. Mosby’s forces operated extensively. 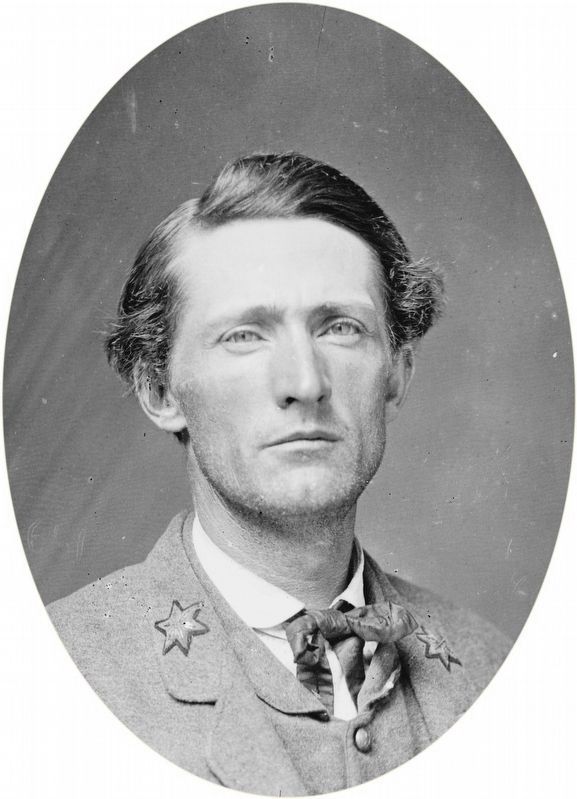