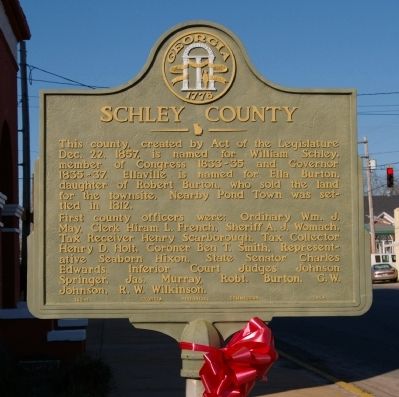 This county, created by Act of the Legislature Dec. 22, 1857, is named for William Schley, member of Congress 1833-35 and Governor 1835-37. Ellaville is named for Ella Burton, daughter of Robert Burton, who sold the land for the town site. Nearby Pond Town was settled in 1812.

Topics and series. This historical marker is listed in these topic lists: Law Enforcement • Settlements & Settlers • Women. In addition, it is included in the Georgia Historical Society series list. A significant historical date for this entry is December 22, 1871. 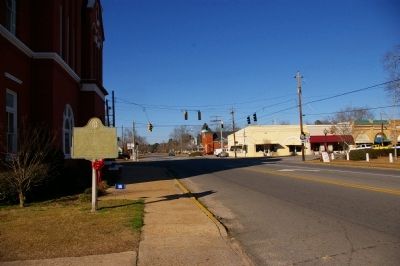 Photographed By David Seibert, January 18, 2010
2. Schley County Marker
Looking north on US 19 (South Broad Street) with the Schley County Courthouse on the left

Click or scan to see
this page online
Broad Street (U.S. 19) 0 miles south of Oglethorpe Street (Georgia Route 26), on the right when traveling south. The marker is located adjacent to the Schley County Courthouse. Touch for map. Marker is in this post office area: Ellaville GA 31806, United States of America. Touch for directions. 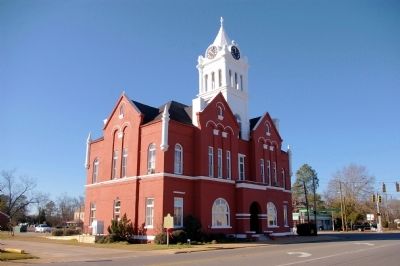