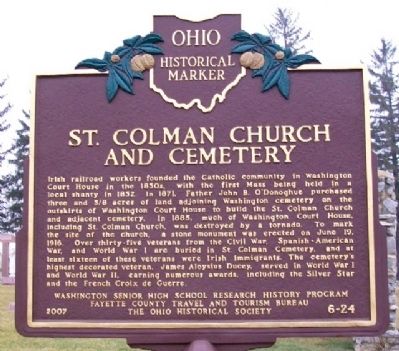 Irish railroad workers founded the Catholic community in Washington Court House in the 1850s, with the first Mass being held in a local shanty in 1852. In 1871, Father John B. O'Donoghue purchased three and 5/8 acres of land adjoining Washington cemetery on the outskirts of Washington Court House to build the St. Colman Church and adjacent cemetery. In 1885, much of Washington Court House, including St. Colman Church, was destroyed by a tornado. To mark the site of the church, a stone monument was erected on June 19, 1916. Over thirty-five veterans from the Civil War, Spanish-American War, and World War I are buried in St. Colman Cemetery, and at least sixteen of these veterans were Irish immigrants. The cemetery's highest decorated veteran, James Aloysius Ducey, served in World War I and World War II, earning numerous awards, including the Silver Star and the French Croix de Guerre. 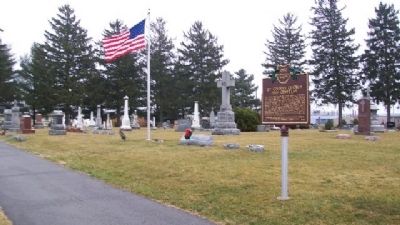 Click or scan to see
this page online
is listed in these topic lists: Cemeteries & Burial Sites • Churches & Religion • Heroes • Patriots & Patriotism • War, Spanish-American • War, US Civil • War, World I. In addition, it is included in the Ohio Historical Society / The Ohio History Connection series list. A significant historical month for this entry is June 1979. 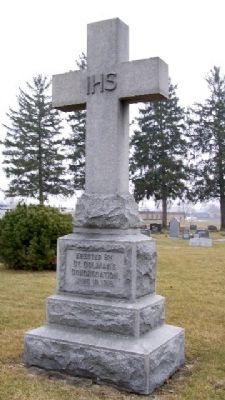 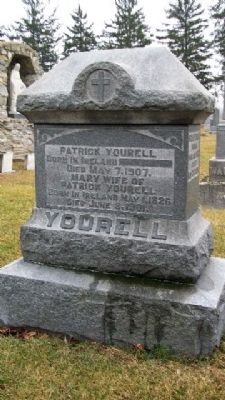 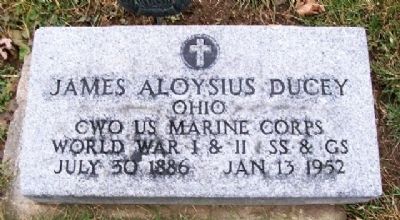 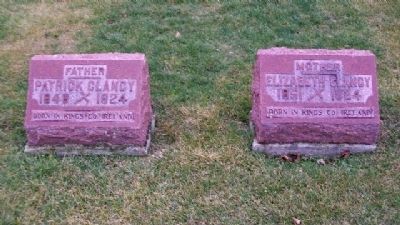