Washington at the Wayside Inn 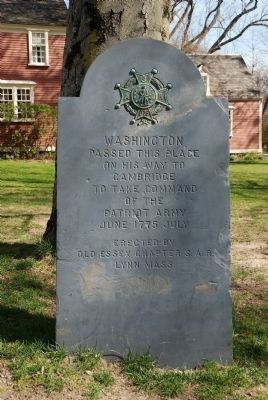 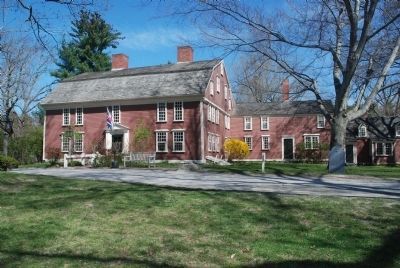 More about this marker. Marker is near the front entrance of the historic Longfellow’s Wayside Inn.

Regarding Washington at the Wayside Inn. Gen. George Washington passed many places during the Revolutionary War, of course, but this inn is significant as the setting for Henry Wadsworth Longfellow’s 1863 work, Tales of a Wayside Inn. The inn, originally known as the Howe Tavern, dates from 1716 and was operated by successive innkeepers of the Howe family for nearly a century and a half.

The most famous poem in Longfellow’s collection, called “Paul Revere’s Ride”, begins with these stirring lines:

Listen, my children, and you shall hear
Of the midnight ride of Paul Revere,
On the eighteenth of April, in Seventy-five;
Hardly a man is now alive
Who remembers that famous day and year. . . .


Paul Revere’s actions on the night of April 18-19, 1775, to spread the alarm “through every Middlesex village and farm” mark the start of the Revolutionary War. Each year, the 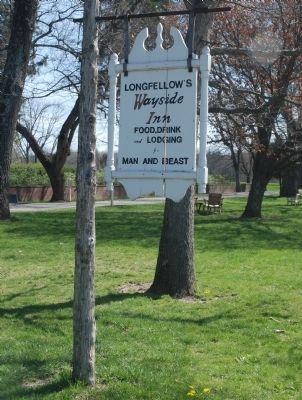 By Roger W. Sinnott, April 14, 2010
3. The Sign for the Inn Itself
Longfellow’s Wayside Inn is a popular destination in the town of Sudbury, 20 miles west of Boston.
third Monday in April is celebrated as Patriot’s Day in Massachusetts.

Also see . . .
1. Longfellow’s Wayside Inn. An account of the inn over three centuries. (Submitted on April 19, 2010, by Roger W. Sinnott of Chelmsford, Massachusetts.)

2. Tales of a Wayside Inn. Longfellow’s collection of poems, with “Paul Revere’s Ride” starting on page 19. (Submitted on April 19, 2010, by Roger W. Sinnott of Chelmsford, Massachusetts.) 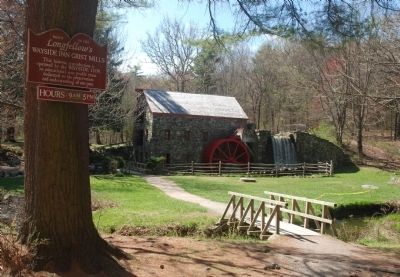