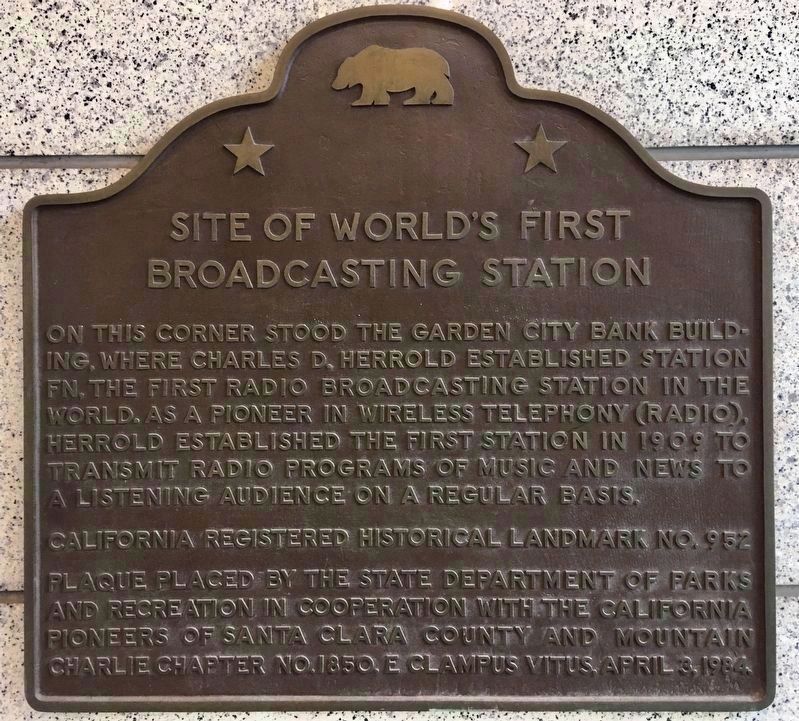 Photographed By Craig Baker, September 22, 2021
1. Site of World’s First Broadcasting Station Marker
Inscription.
Site of World’s First Broadcasting Station. . On this corner stood the Garden City Bank Building, where Charles D. Herrold established Station FN, the first radio broadcasting station in the world. As a pioneer in wireless telephony (radio), Herrold established the first station in 1909 to transmit radio programs of music and news to a listening audience on a regular basis., California Registered Historical Landmark No.952 . This historical marker was erected in 1992 by State Department of Parks and Recreation, California Pioneers of Santa Clara County and Mountain Charlie Chapter No. 1850, E. Clampus Vitus.. It is in San Jose in Santa Clara County California

Topics and series. This historical marker is listed in these topic lists: Communications • Notable Events • Science & Medicine. In addition, it is included in the California Historical Landmarks, and the E Clampus Vitus series lists. A significant historical month for this entry is April 1864. 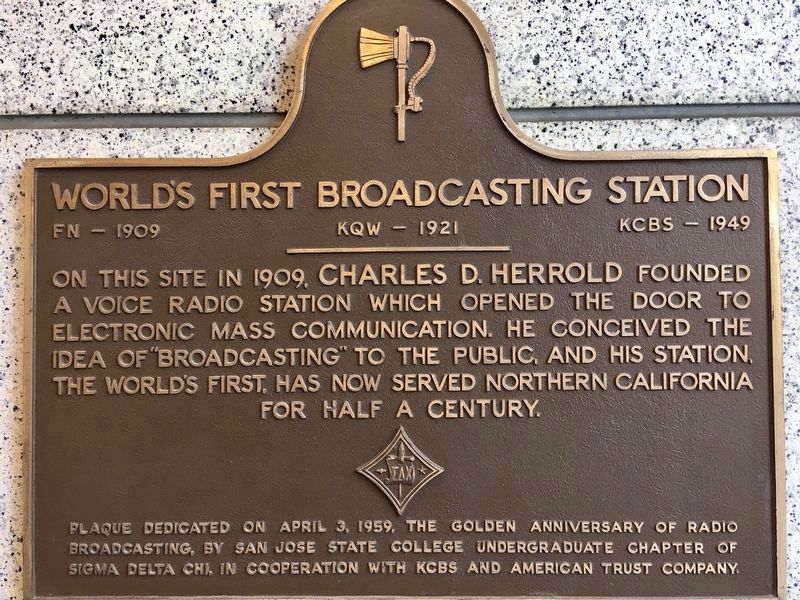 Click or scan to see
this page online
in the vestibule at the entrance to the 50 West / KQED building. Touch for map. Marker is at or near this postal address: 50 W San Fernando St, San Jose CA 95113, United States of America. Touch for directions.

Once Herrold realized he had an audience of eager radio experimenters, he began to entertain them. He would discuss news items and read clippings from the newspaper, or play records from his phonograph. This got to be a more and more important part of the school’s operations, and regular programs were heard from the station as early as 1910.

Herrold’s wife Sybil later got into the act. Using many techniques of the modern disk jockey, she regularly aired what she called her “Little Ham Program.” She later told Professor Greb that she would borrow records from 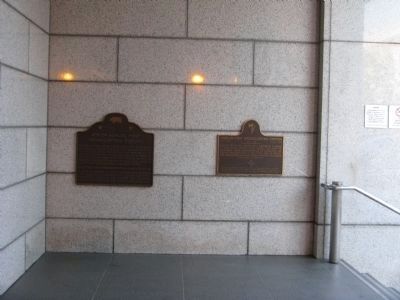 Photographed By Syd Whittle, April 25, 2010
3. World’s First Broadcasting Station Markers
Markers are mounted on the wall in the vestibule of the entrance to the 50 West / KQED building
a local music store “just for the sake of advertising the records to these young operators with their little galena sets. And we would play up-to-date, young people’s records. They would run down the next day to be sure to buy the one they heard on the radio the night before.” And she encouraged regular listeners by running contests. “We would ask them to come in and sign their names, where they lived, and where they had their little receiving sets … and we would give away a prize each week.”

(This is the basis for KCBS’ claim to be the nation’s first broadcasting station. In order to be first, a station would have to be on the air earlier than any other, broadcasting on a regularly scheduled basis, and would have to be “broadcasting” in the truest sense of the word. Almost all radio communication up until then had been point-to-point transmissions, with a specific person designated as a receiver. Herrold and his wife and students were transmitting to whoever could receive them. In later years, Herrold himself would claim that he was the first person to use radio for the purpose of broadcasting.) 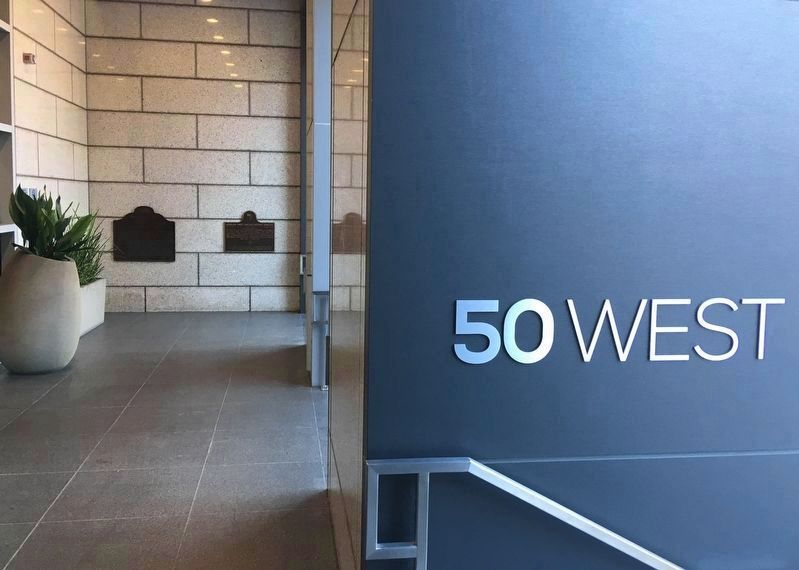 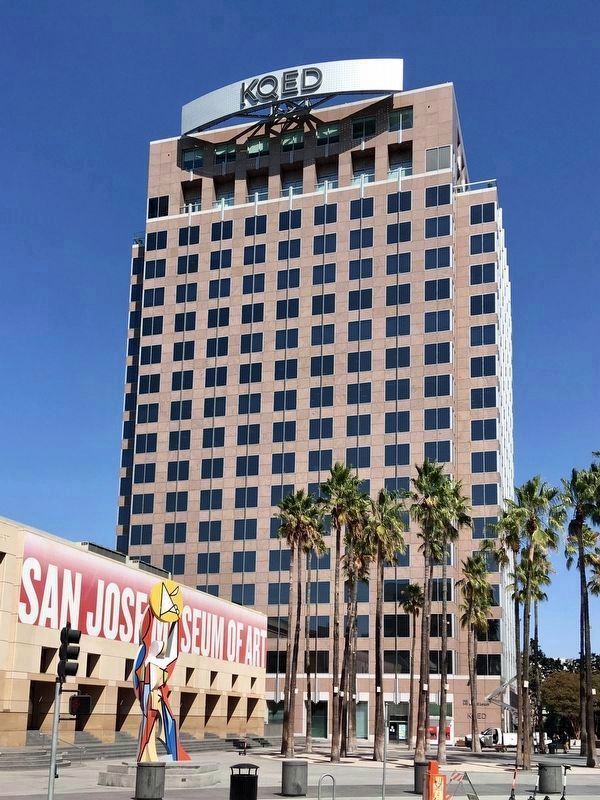