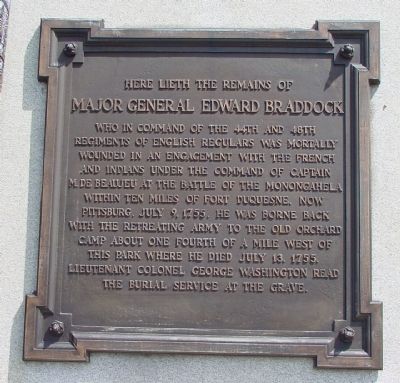 Here lieth the remains of Major General Edward Braddock who, in command of the 44th and 48th regiments of English Regulars, was mortally wounded in an engagement with the French and Indians under the command of Captain M. de Beaujeu at the Battle of Monongahela within ten miles of Fort Duquesne, now Pittsburg, July 9, 1755. He was borne back with the retreating army to the Old Orchard Camp about one fourth of a mile west of this park where he died July 13, 1755. Lieutenant Colonel George Washington read the Burial Service at the grave.

This monument was erected and dedicated to the memory of Major General Edward Braddock by the Braddock Memorial Park Association of Fayette County, Penna., October 15, 1913.

This bronze tablet was erected and dedicated to the memory of Major General Edward Braddock by the Officers of his old regiment, The Coldstream Guards of England. October 15, 1913.

(the fourth face lists the members of the Braddock Memorial Park Association.) 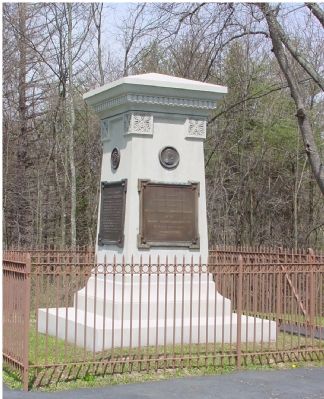 Click or scan to see
this page online
marker is listed in these topic lists: Cemeteries & Burial Sites • Colonial Era • War, French and Indian. In addition, it is included in the Braddock’s Road and Maj. Gen. Edward Braddock series list. A significant historical date for this entry is July 9, 1912.

2. Remarks by Col. Patrick Reese Davis for the Commemoration at Braddock's Grave, July 17, 2005. 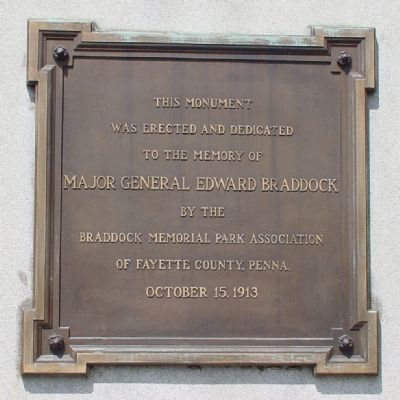 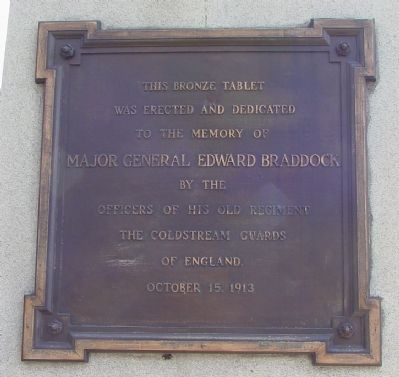 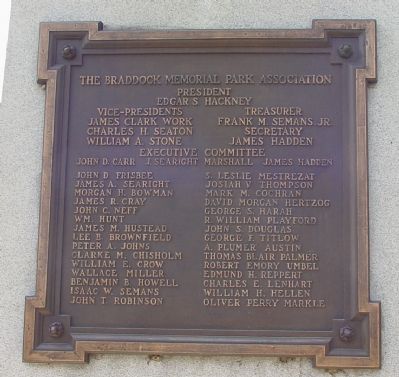 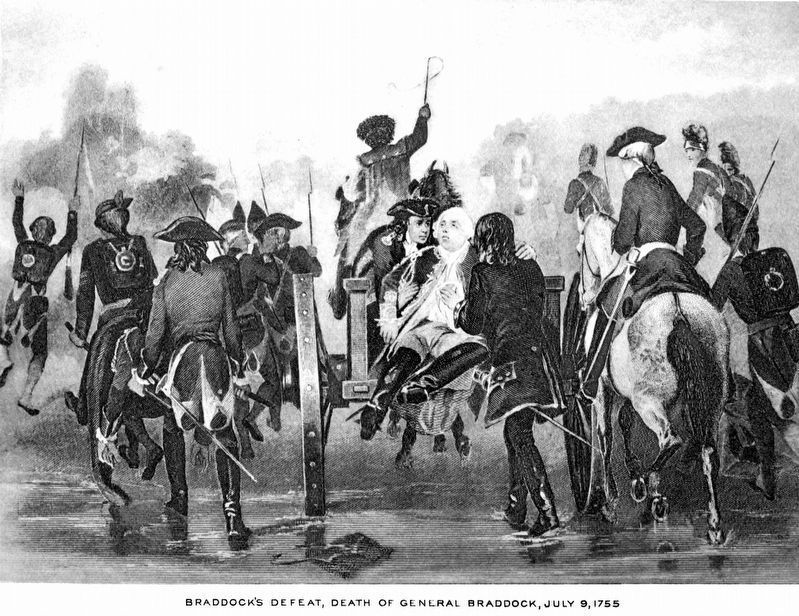