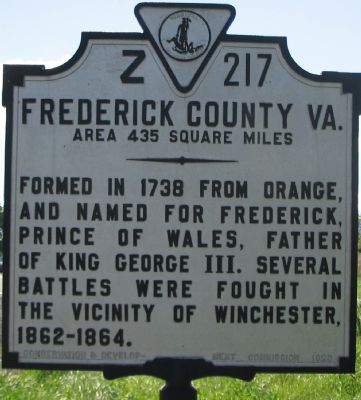 Frederick County Va. Area 435 Square Miles. Formed in 1738 from Orange and named for Frederick, Prince of Wales, father of King George III. Several battles were fought in the vicinity of Winchester 1862-1864.

West Virginia. West Virginia was long a part of Virginia. Morgan Morgan began the settlement of the region in 1727. A great battle with the Indians took place at Point Pleasant, 1774. West Virginia became a separate state of the union in 1863.

Topics and series. This historical marker is listed in these topic lists: Colonial Era • Native Americans • Political Subdivisions • Settlements & Settlers. In addition, it is included in the Virginia Department of Historic Resources series list. A significant historical year for this entry is 1738. 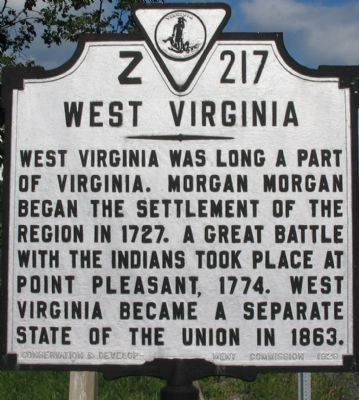 Click or scan to see
this page online
Lane, on the right when traveling west on Northwestern Pike. Touch for map. Marker is in this post office area: Gore VA 22637, United States of America. Touch for directions. 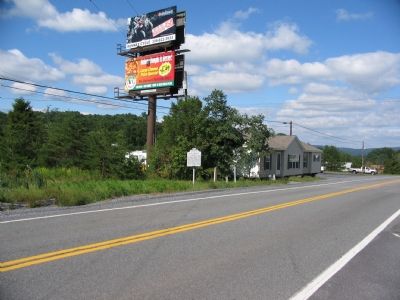