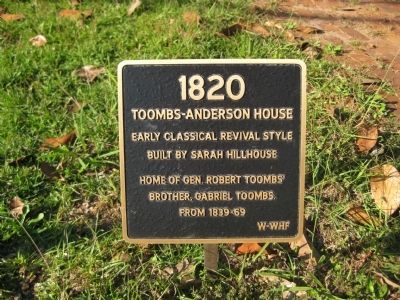 Topics. This historical marker is listed in these topic lists: Architecture • Women. 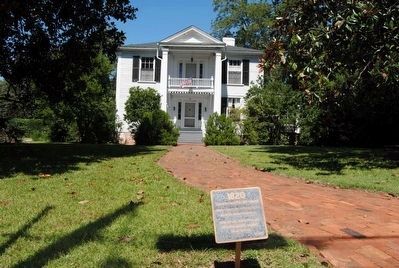 More about this marker. The marker stands in front of the house on the lawn, at the end of its red brick front walk.

Regarding Toombs-Anderson House. The house's history is linked in many ways to that of its next door neighbor, the 1814 home of Georgia's first female newspaper editor and publisher, Sarah Porter Hillhouse, for whom both structures were built.

After making his home here for 30 years, Gabriel Toombs vacated the Toombs-Anderson House in 1869, only to move next door into the Hillhouse Home. His esteemed brother conveniently lived just down the street.

The Toombs-Anderson House is a contributing structure of the East Robert Toombs Historic District, one of five such districts in Washington, GA listed with the National Register of Historic Places. 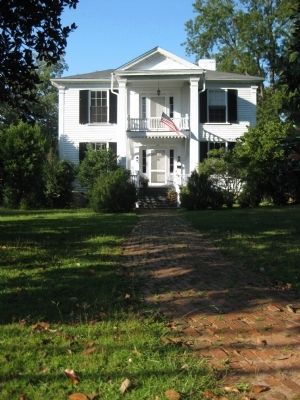 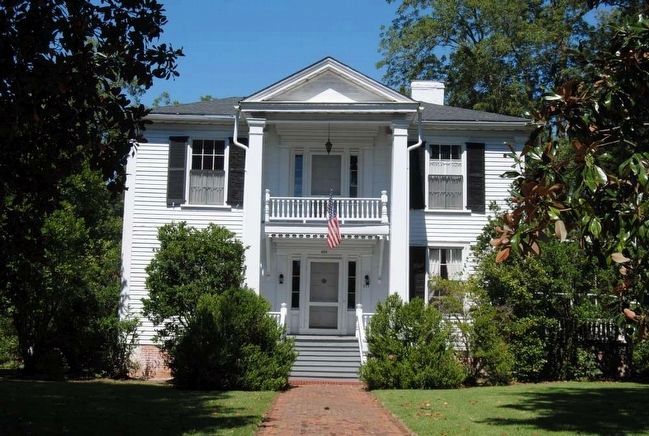