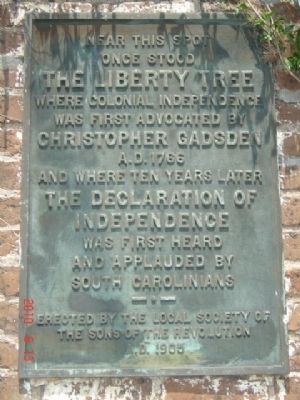 Photographed By Michael Sean Nix, June 13, 2010
1. The Liberty Tree Marker
Inscription.
The Liberty Tree. . Near this spot once stood the Liberty Tree where Colonial Independence was first advocated by Christopher Gadsden A.D. 1766 and where ten years later the Declaration of Independence was first heard and applauded by South Carolinians . This historical marker was erected in 1905 by Local Society of the Sons of the Revolution. It is in Charleston in Charleston County South Carolina

Erected 1905 by Local Society of the Sons of the Revolution.

Topics and series. This historical marker is listed in these topic lists: Colonial Era • Landmarks • Notable Events. In addition, it is included in the Historic Trees, and the Sons of the American Revolution series lists. A significant historical year for this entry is 1766. 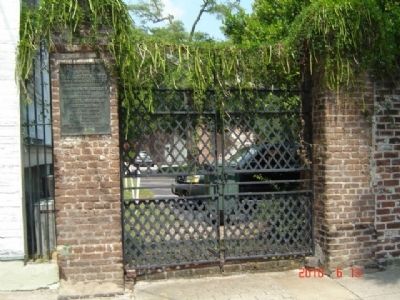 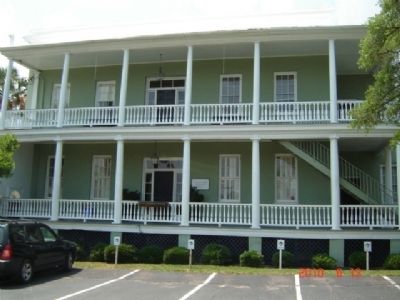 Photographed By Michael Sean Nix, June 13, 2010
3. Current structure on premise
Munclean, Clerk. 19. William Trusser, Butcher. 20. Robert Howard, Carpenter. 21. Alex. Alexander, Schoolmaster. 22. Edward Weyman, Clerk of St. Philip’s Church & glass grinder. 23. Thomas Swarle, Painter. 24. William Laughton, Tailor. 25. Daniel Cannon, Carpenter. 26. Benjamin Hawes, Painter. On this occasion the above persons invited Mr. Gadsden to join them and to meet at a large oak tree in Mr Mazyck’s cow pasture. They talked over the mischiefs which the Stamp Act would have induced, and congratulated each other on its repeal. On this occasion Mr. Gadsden delivered to them an address, stating their rights and encouraging them to defend them against all foreign taxation. Upon which joining hands around the tree, they associated themselves as defenders and supporters of American Liberty and from that time on the oak was called The Liberty Tree. It was also where our copy of the Declaration of Independence was publicly read. The tree was such an icon of American spirit that one of the first things the British siege troops attended to after the fall of our city was to cut down the tree and burn the stump. When we won the American Revolution, though, patriots dug up the root of the tree and made cane heads with it, one of which was given to Thomas Jefferson.
Note To Editor only visible by Contributor and editor 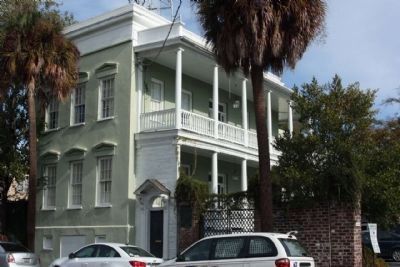