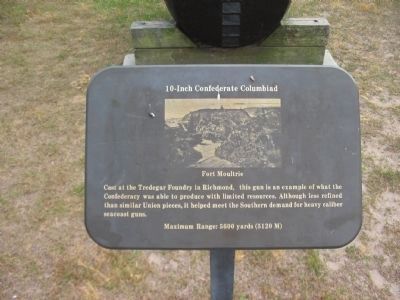 Cast at the Tredegar Foundry in Richmond, this gun is an example of what the Confederacy was able to produce with limited resources. Although less refined than similar Union pieces, it helped meet the Southern demand for heavy caliber seacoast guns. 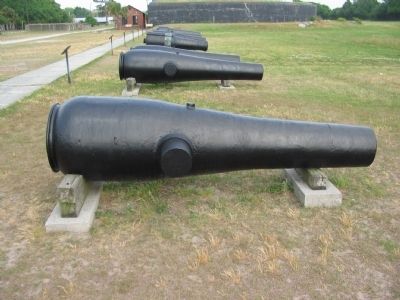 Photographed By Craig Swain, May 3, 2010
2. 10-Inch Confederate Columbiad
The artillery walk offers a good comparison to the Rodman guns of the same caliber, here in the background. Notice the Confederate Columbiad used a near cylindrical section behind the trunnions, then used the sloping lines of the Rodman. The Confederate weapon also appears lumpy or rough on the surface, since it was not "turned" on a lathe to smooth the exterior appearance. 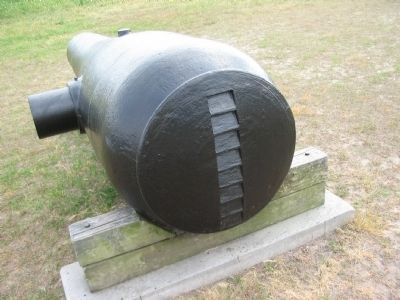 Photographed By Craig Swain, May 3, 2010
3. Breech of Confederate Columbiad
Although using Rodman's "mushroom" cascabel, the Confederates continued to use the ratchet elevation system. 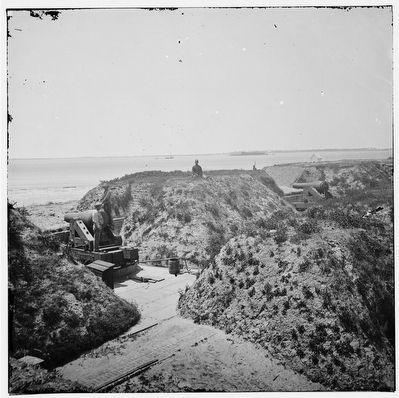