Photographed By Brian Scott, May 12, 2010
1. Landscape Restoration Project Marker
Inscription.
Landscape Restoration Project. . , In 1787 this field was a grassy meadow dotted with tall hardwoods, native grasses and cane. Today, the land is being restored to its appearance at the time of the battle. . This historical marker was erected by National Park Service. It is in Gaffney in Cherokee County South Carolina

In 1787 this field was a grassy meadow dotted with tall hardwoods, native grasses and cane. Today, the land is being restored to its appearance at the time of the battle.

Topics. This historical marker is listed in these topic lists: Colonial Era • Natural Features • Natural Resources. A significant historical year for this entry is 1787. 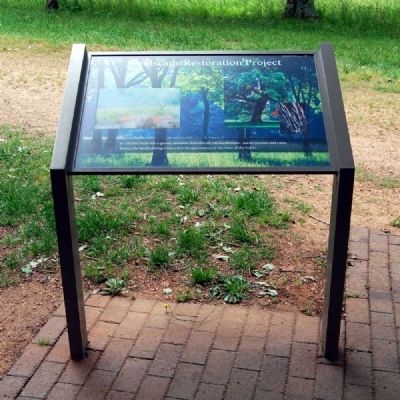 Also see . . .  Cowpens National Battlefield. During the American Revolution, the Battle of Cowpens, January 17, 1781, played an important part in the chain of events that led to the climax of the war at Yorktown. (Submitted on June 27, 2010, by Brian Scott of Anderson, South Carolina.)

Additional commentary.
1. Battlefield Restoration
On January 17, 1781 at the Cow Pens, a well-known pasturing area in the upcountry of South Carolina, Brigadier General Daniel Morgan with his untrained, but experienced militia and 600 Continentals, used the setting to rout the British army under Lieutenant Colonel Banastre Tarleton in the only double envelopment to occur in the American Revolution. This decisive battle led to the British defeat at Yorktown, Virginia, nine months later. 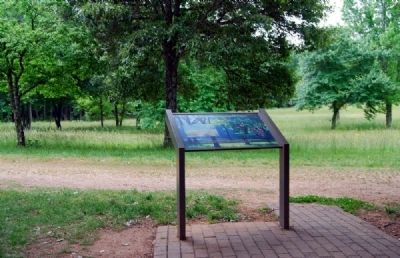 "By careful handling of the natural vegetation, the area within the park boundary will eventually come to resemble its appearance in Colonial times. The pasturelands and woodlands will again be in their historic relationship...The Cowpens National Battlefield of the future, as thus envisioned, will offer a meaningful experience for the visitor, who has come to learn more about the great heritage upon which this Nation was built."

As a unit of the National Park System, Cowpens National Battlefield protects and preserves the historic scene. Protection means taking care of the battlefield for this and future generations. Preservation means restoring the battlefield to its appearance in 1781.

How did the Battlefield Look on January 17, 1781?
To determine how it looked at the time of the battle, the National Park Service used first hand accounts from the soldiers 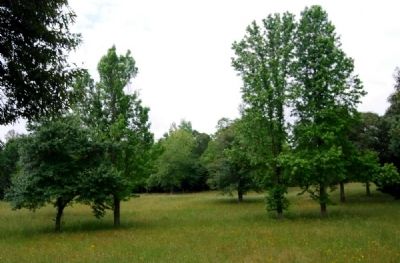 Photographed By Brian Scott, May 12, 2010
4. Landscape Restoration in Progress
who fought here that morning.

"The battle was fought early in the morning in the open woods." -- Josiah Martin

"...[T]he land was thickly covered with red oak and hickory, with little if any underbrush." -- Samuel Hammond

"The battle field [sic] was almost a plain with a ravine on both hands, and very little under growth [sic] in front or near us." -- Thomas Young

Restoration Efforts
In 1972, the area that now comprises the park had two major highways running through it and over 50 structures located on it. After re-routing the highways and removing the structures, park managers concentrated on keeping the core battlefield open as it was in 1781, while letting much of the surrounding land revert to forest. In 2000, Cowpens National Battlefield began a major restoration of the battlefield core. The Palmetto Conservation Foundation partnered with the park to provide research, manpower, and consultation about how best to restore the battlefield.

To return the park to the forage and trees native at the time of the battle, the National Park Service removed early succession trees such as sweetgum and wild cherry along with exotic species, and replaced them 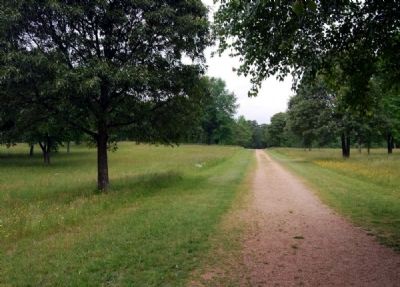 Photographed By Brian Scott, May 12, 2010
5. Looking West Along Green River Road
with oaks, yellow poplars, and maples. Based on current research, the battlefield core encompasses a larger area than originally thought. To restore these areas, the park clears underbrush between large trees and reintroduces native grasses using various methods of restoration.

Mechanical: Mechanical restoration used machinery to selectively thin small trees and underbrush. Cowpens National Battlefield has used traditional mowers, industrial rotary mowers, and contracted for large equipment to remove the underbrush and open up the forest. Mechanical reduction has the advantage to showing immediate results, but it is expensive.

Manual: Manual labor includes periodic employment of crews to remove invasive exotic plant species not native to the area in 1781 and which are now prevalent in the park. Hand crews trim trees and undergrowth, and replant native hardwoods. The main benefit of using manual labor for the trimming and planting is that volunteers can do it. Unfortunately, this method is labor intensive and changes are hard to maintain.

Prescribed Fire: Periodic prescribed burning clears the forest floor, opens up the woodlands, and prevents catastrophic wildfires that could escape from the park. Native Americans and colonial settlers used fire to clear underbrush in heavily wooded areas. Because 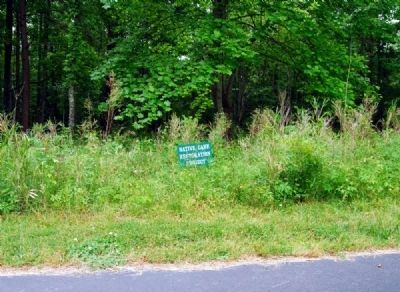 Photographed By Brian Scott, May 12, 2010
6. Ongoinh Native Cane Restoration Project
a fire is a natural occurrence, many native plants and animals flourish after a fire. The disadvantages of prescribed burning are that it requires a specialized firefighting team and ideal weather conditions. Also, fires can burn too hot and kill desired species, or not how enough to accomplish the required restoration.