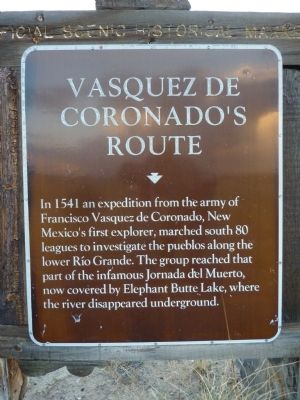 In 1541 an expedition from the army of Francisco Vasquez de Coronado, New Mexico's first explorer, marched south 80 leagues to investigate the pueblos along the lower Rio Grande. The group reached that part of the infamous Jornada del Muerto, now covered by Elephant Butte Lake, where the river disappeared underground.

Topics and series. This historical marker is listed in these topic lists: Colonial Era • Exploration • Waterways & Vessels. In addition, it is included in the El Camino Real de Tierra Adentro series list. A significant historical year for this entry is 1541. 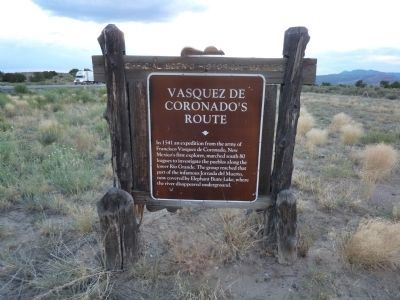 Click or scan to see
this page online
. Marker is in this post office area: San Ysidro NM 87053, United States of America. Touch for directions.

More about this marker. The new sign is mounted in an old marker frame. 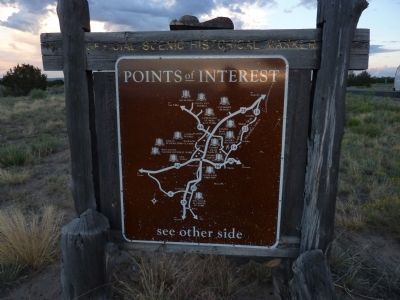 Photographed By Thomas Chris English, July 1, 2010
3. Vasquez de Coronado's Route Marker - Reverse
New Mexico Historic Marker Maps The state's Official Scenic Historic Markers usually have a map on the reverse side showing the location of more local markers. For the ardent historical marker seeker, these maps are a mine of information, waiting for extraction. 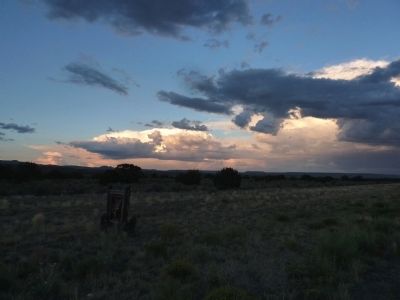 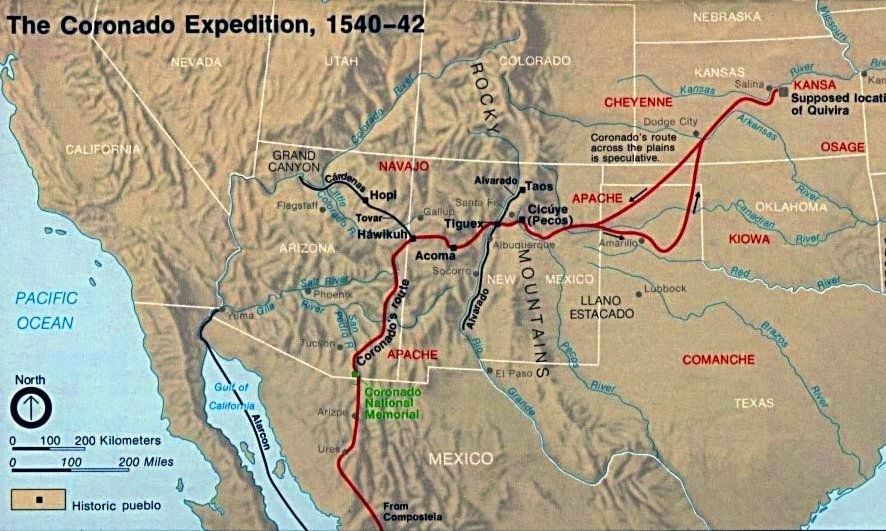 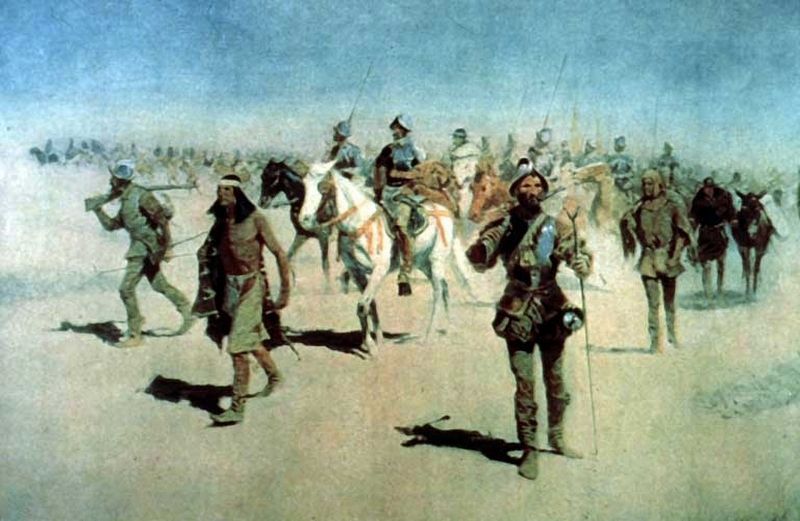 Oil by Frederic Remington via Wikipedia Commons, circa 1890
6. Coronado Sets Out to the North 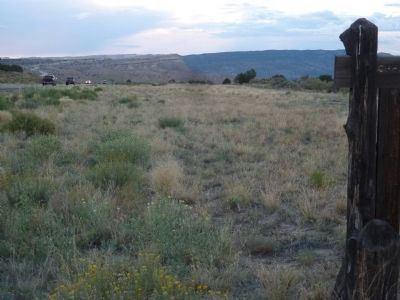