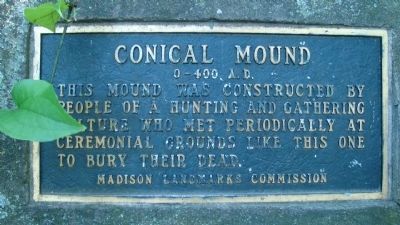 Photographed By William J. Toman, July 18, 2010
1. Conical Mound Marker
Inscription.
Conical Mound. 0 - 400 A.D.. This mound was constructed by a people of a hunting and gathering culture who met periodically at ceremonial grounds like this one to bury their dead. . This historical marker was erected by Madison Landmarks Commission. It is in Madison in Dane County Wisconsin

This mound was constructed by a people of a hunting and gathering culture who met periodically at ceremonial grounds like this one to bury their dead.

Location. 43° 4.816′ N, 89° 17.625′ W. Marker is in Madison, Wisconsin, in Dane County. Marker can be reached from Meadowlark Drive, 0.1 miles north of Woodvale Drive, on the right when traveling north. The marker is in the Elvehjem Sanctuary, which may be entered next to the house at 1229 Meadowlark Drive. Follow the path and take right turns at the first two "Y" intersections. Touch for map. Marker is at or near this postal address: 1221 Meadowlark Drive, Madison WI 53716, United States of America. Touch for directions. 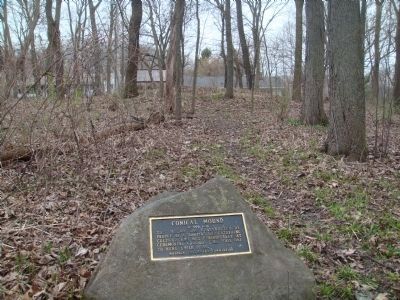 Regarding Conical Mound. According to the Madison Landmarks Commission, "Wisconsin has the highest concentration of effigy mounds in the United States and the Madison area has one of the highest concentration of effigy mounds remaining. Most mounds were lost to 19th century agricultural practices and city development. The mound builders were farmers who also engaged in hunting and gathering. They lived in small villages and migrated from one to another based on the seasonal availability of natural resources. The mounds often, but not always, have burials associated with them, but their exact purpose is not entirely understood. Mounds tend to have been built in places with beautiful views of the surrounding countryside. The mounds are considered sacred by modern Native Americans and should be treated with respect." 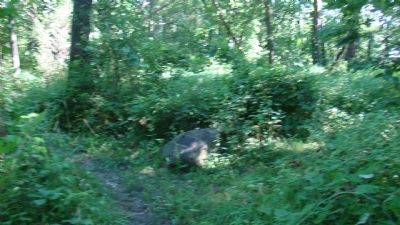 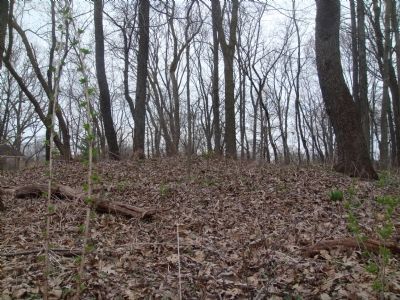 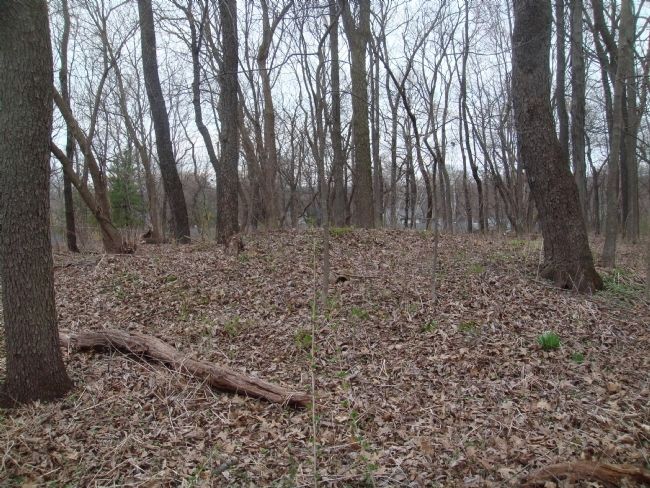 Photographed By William J. Toman, April 24, 2011
5. Conical Mound
This is the only apparent mound in the area, though it is only a few feet high and has a depression in the middle. This mound is to the right of the marker. 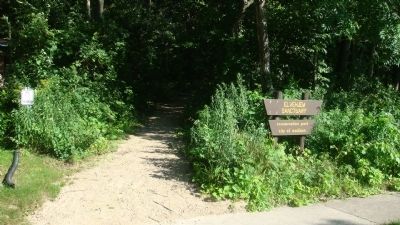