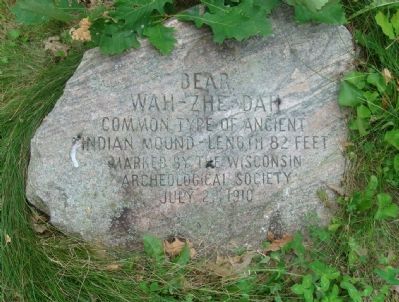 Location. 43° 3.8′ N, 89° 24.663′ W. Marker is in Madison, Wisconsin, in Dane County. Marker can be reached from Vilas Avenue near Campbell Street, on the left when traveling west. Touch for map. Marker is in this post office area: Madison WI 53715, United States of America. Touch for directions.

Regarding Bear. According to the Madison Landmarks Commission, which designated the Vilas Circle and Curtis Indian Mounds, 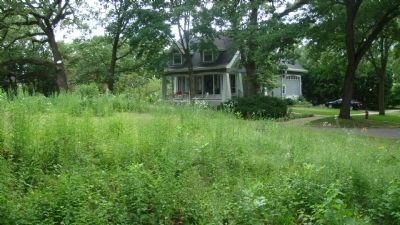 By William J. Toman, July 4, 2010
2. Bear Mound
View of the mound looking toward the traffic circle and one of the surrounding houses.
ca. 700 - 1200 A.D., as a landmark on May 19, 1975, "On the western edge of Vilas Circle Park is an Indian effigy mound in the shape of a bear. It is 82 feet long and is almost intact except for part of the rear leg which was lost to road development. There is also one linear mound of an original group of two remaining on private residential property south of Vilas Circle. The bear, in the religious beliefs of the mound builders, probably symbolized life on the earth's surface, including people; birds probably symbolized sky spirits; and mounds described in the past as "lizards" may have represented water spirits. It is not clear exactly what the linear mounds represented.

"Wisconsin has the highest concentration of effigy mounds in the United States and the Madison area has one of the highest concentration of effigy mounds remaining. Most mounds were lost to 19th century agricultural practices and city development. The mound builders were farmers who also engaged in hunting and gathering. They lived in small villages and migrated from one to another based on the seasonal availability of natural resources. The mounds often, but not always, have burials associated with them, but their exact purpose is not entirely understood. Mounds tend to have been built in places with beautiful views of the surrounding countryside. The mounds are considered sacred by modern Native Americans 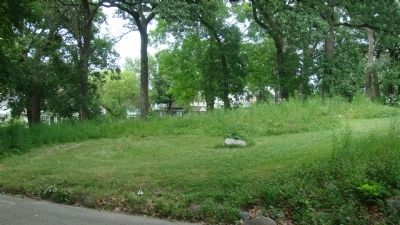 By William J. Toman, July 4, 2010
3. Bear Marker
Looking from the traffic circle into the park and toward the mound.
and should be treated with respect."

According to a 1996 survey by Robert A. Birmingham and Katherine H. Rankin entitled Native American Mounds in Madison and Dane County, "When Vilas Avenue was platted in the 1890s, the developers created a small oval park in the 1400 and 1500 blocks to preserve a large Late Woodland bear effigy. The mound sits at the west side of the park. Part of the rear leg was destroyed during street reconstruction. The bear was once part of a large group that consisted of the bear, seven linears and a conical mound. Portions of two of the linear mounds remain nearby on private property (inaccessible)." 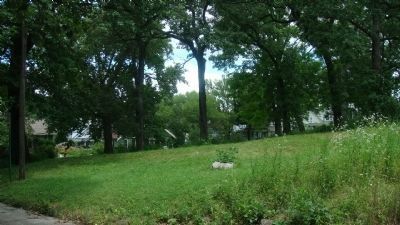 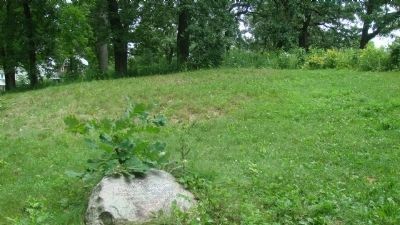 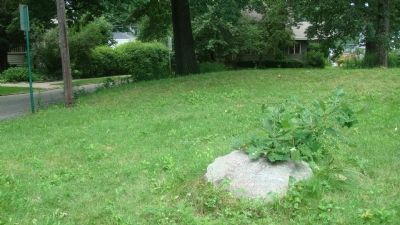 By William J. Toman, July 24, 2010
6. Bear Marker
View from marker looking toward back of bear mound. 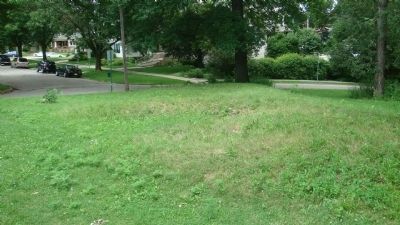 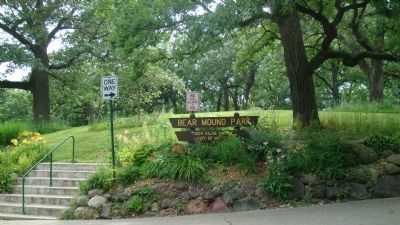 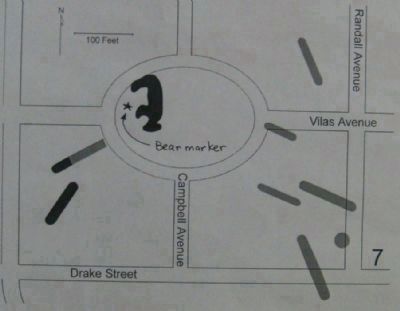