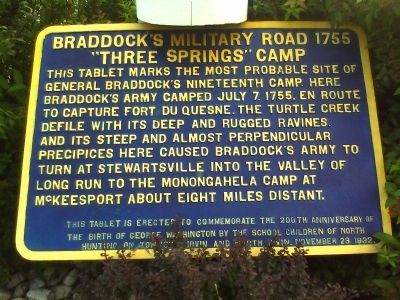 This tablet marks the most probable site of General Braddock's nineteenth camp. Here Braddock's army camped July 7, 1755, en route to capture Fort Du Quesne. The Turtle Creek defile with its deep and rugged ravines, and its steep and almost perpendicular precipices here caused Braddock's army to turn at Stewartsville into the valley of Long Run to the Monongahela camp at McKeesport about eight miles distant.

Topics and series. This historical marker is listed in these topic lists: Colonial Era • Roads & Vehicles • War, French and Indian. In addition, it is included in the Braddock’s Road and Maj. Gen. Edward Braddock series list. 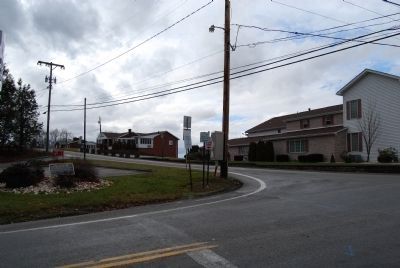