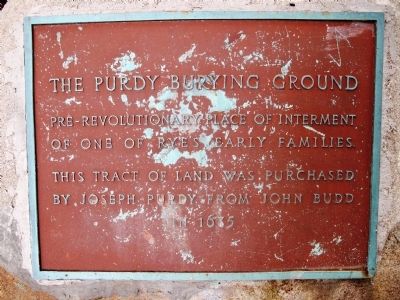 By Suzanne Clary, July 25, 2010
1. The Purdy Burying Ground Marker
Inscription.
The Purdy Burying Ground. . Pre-Revolutionary place of interment of one of Rye's early families. This tract of land was purchased by Joseph Purdy from John Budd in 1685. . This historical marker is in Rye in Westchester County New York

Pre-Revolutionary place of interment of one of Rye's early families. This tract of land was purchased by Joseph Purdy from John Budd in 1685.

Location. 40° 57.964′ N, 73° 41.248′ W. Marker is in Rye, New York, in Westchester County. Marker can be reached from Milton Road. The Marker is not visible from the road but can be reached by going through the Milton Road Cemetery that lies between Mayfield Street and Rye Beach Avenue; after entering the cemetery, one crosses at the rear of the cemetery that is marked with a plaque reflecting its donation by John M. Morehead in 1950 (Morehead was President of Rye from 1925-30). The bridge crosses a brook and at the end of the bridge on the right is the entrance to the Purdy Burying Ground and the marker is there. Touch for map. Marker is at or near this postal address: 421 Milton Road, Rye NY 10580, United States of America. Touch for directions.

Other nearby markers. At least 8 other markers are within 3 miles of this marker, measured as the crow flies. Playland Amusement Park (approx. 0.4 miles away); Rye Meeting House (approx. half a mile 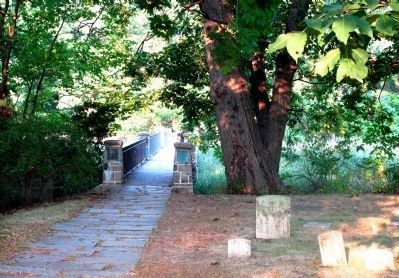 More about this marker. The marker is situated on a rock attached to a low stone wall at the left side of an entrance of the burying ground. The area it refers to is small and in need of care with several broken tombstones and fallen trees.

Regarding The Purdy Burying Ground. From Charles Baird's Chronicle of a Border Town: History of Rye, Westchester County, New York, 1660 - 1870:


"The PURDY family have a burying ground on the western bank of Blind Brook Creek, opposite the public cemetery. This is probably one of the oldest places of interment in Rye. It contains many antique memorials of past generations; but the imperfect records of their names have been worn away by time, and none prior to the present century are now legible." 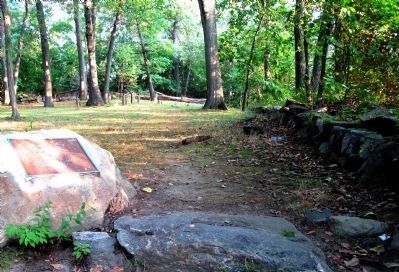 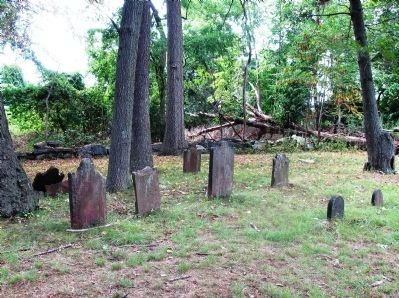