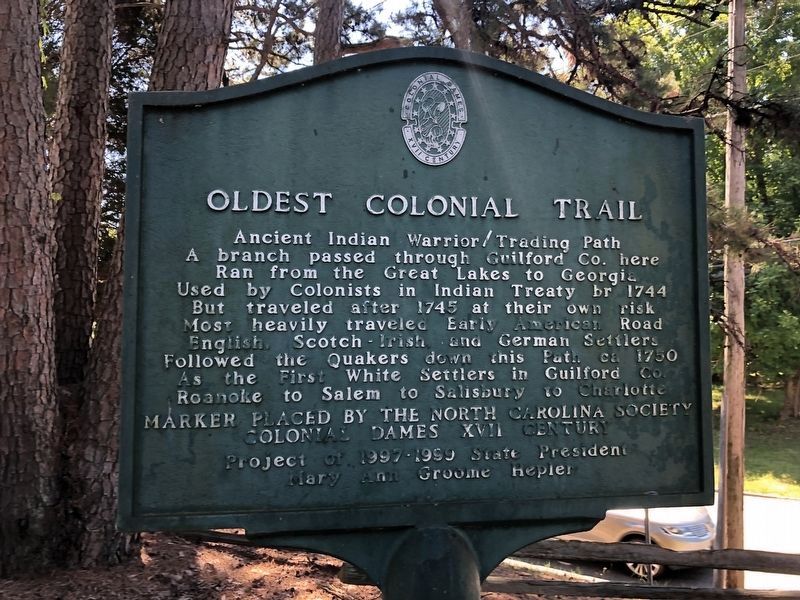 Ancient Indian Warrior / Trading Path. A branch passed through Guilford Co. here, ran from the Great Lakes to Georgia. Used by Colonists in Indian Treaty br 1744 but traveled after 1745 at their own risk. Most heavily traveled Early American Road. English, Scotch – Irish, and German Settlers followed the Quakers down this path ca 1750, as the First White Settlers in Guilford Co. Roanoke to Salem to Salisbury to Charlotte.

Topics and series. This historical marker is listed in these topic lists: Colonial Era • Native Americans • Roads & Vehicles • Settlements & Settlers. In addition, it is included in the Quakerism, and the The Colonial Dames XVII Century, National Society series lists. A significant historical year for this entry is 1744. 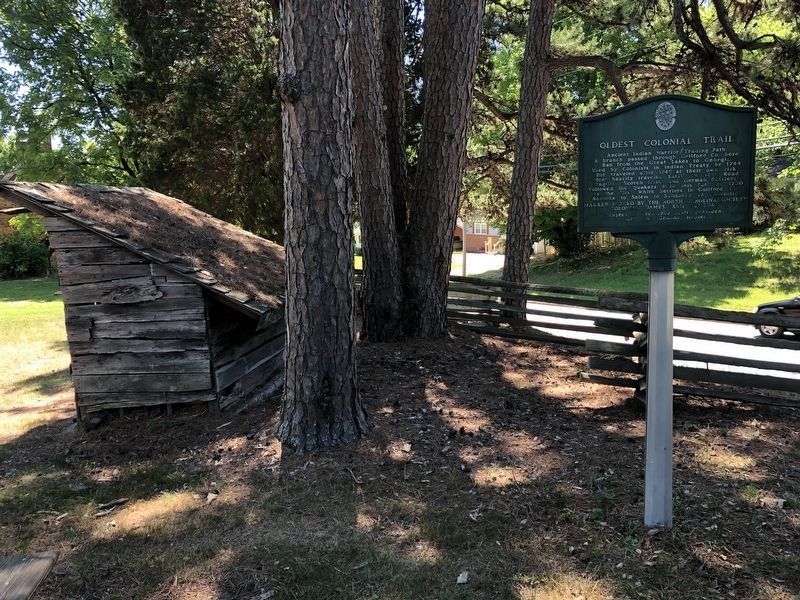 Click or scan to see
this page online
Drive, on the left when traveling east on East Lexington Avenue. The marker stands on the grounds of the High Point Museum. Touch for map. Marker is at or near this postal address: 1859 E Lexington Ave, High Point NC 27262, United States of America. Touch for directions.