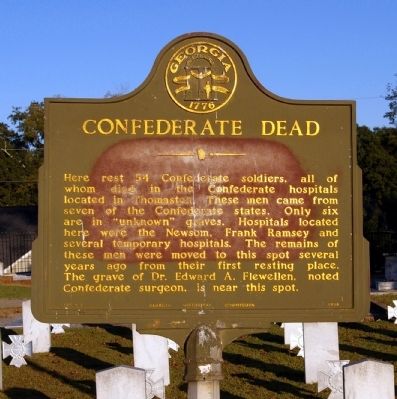 Photographed By David Seibert, October 30, 2010
1. Confederate Dead Marker
Inscription.
Confederate Dead. . Here rest 34 Confederate soldiers, all of whom died in the Confederate hospitals located in Thomaston. These men came from seven of the Confederate states. Only six are “unknown” graves. Hospitals located here were the Newsom, Frank Ramsey and several temporary hospitals. The remains of these men were moved to this spot several years ago from their first resting place. The grave of Dr. Edward A. Flewellen, noted Confederate surgeon, is near this spot. . This historical marker was erected in 1956 by Georgia Historical Commission. It is in Thomaston in Upson County Georgia

Topics and series. This historical marker is listed in these topic lists: Cemeteries & Burial Sites • War, US Civil. In addition, it is included in the Georgia Historical Society series list.

Location. 32° 53.031′ N, 84° 19.453′ W. Marker is in Thomaston, Georgia, in Upson County. Marker is on South Bethel Street, 0 miles north of Mallory Street, on the right when traveling south. The marker stands in the eastern part of Glenwood Cemetery, accessible from South Bethel 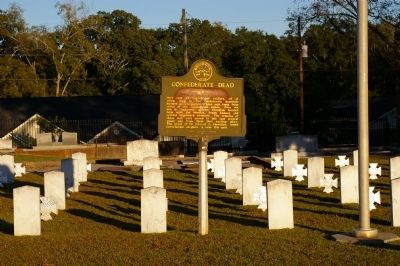 Click or scan to see
this page online
Street. Touch for map. Marker is in this post office area: Thomaston GA 30286, United States of America. Touch for directions. 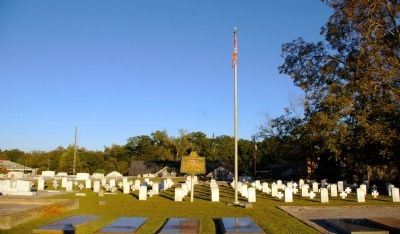