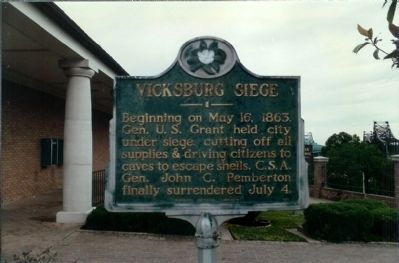 Topics and series. This historical marker is listed in these topic lists: Notable Events • War, US Civil. In addition, it is included in the Former U.S. Presidents: #18 Ulysses S. Grant, and the Mississippi State Historical Marker Program series lists. A significant historical month for this entry is May 1898.

Location. 32° 18.706′ N, 90° 54.021′ W. Marker is in Vicksburg, Mississippi, in Warren County. Marker can be reached from South Washington Street / Warrenton Road (U.S. 61) north of I-20 Frontage Road (Interstate 20). Marker is at the northeast corner of the Mississippi State Welcome Center - on the walkway off the Welcome Center parking lot. Touch for map. Marker is at or near this postal address: 4210 South Washington Street, Vicksburg MS 39183, United States of America. Touch for directions.

Other nearby markers. At least 8 other markers are within walking distance of this marker. Mississippi (here, next to this marker); U.S. Battery Benton. 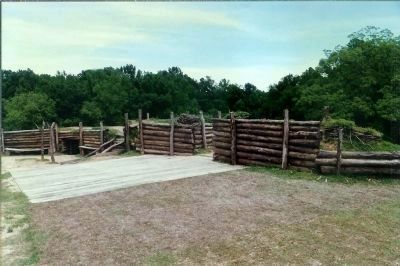 Photographed By Mike Stroud, circa July 1991
2. Caves entrances (preserved), as mentioned in marker 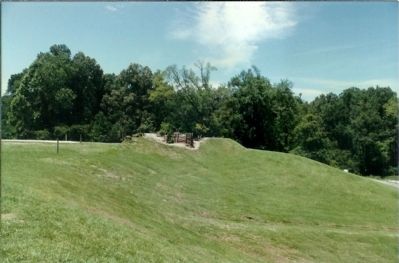 Photographed By Mike Stroud, circa July 1991
3. Caves, as mentioned 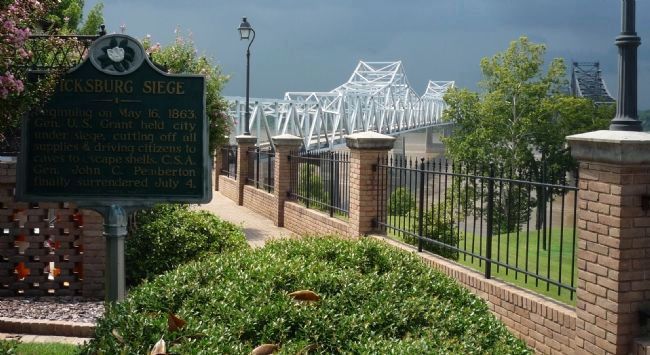 Photographed By Richard E. Miller, August 7, 2010
4. Vicksburg Siege Marker
view to the west with bridges to Louisiana in the background. 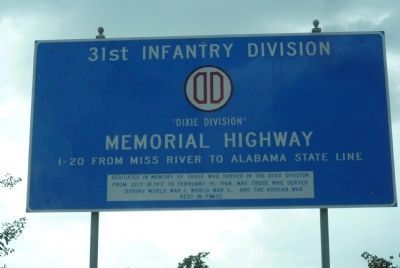