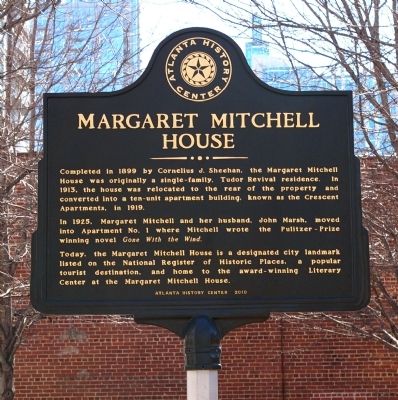 Completed in 1899 by Cornelius J. Sheehan, the Margaret Mitchell House was originally a single-family, Tudor Revival residence. In 1913, the house was relocated to the rear of the property and converted into a ten-unit apartment building, known as the Crescent Apartments, in 1919.

In 1925, Margaret Mitchell and her husband, John Marsh, moved into Apartment No. 1 where Mitchell wrote the Pulitzer-Prize winning novel Gone with the Wind.

Topics. This historical marker is listed in these topic lists: Arts, Letters, Music • War, US Civil. A significant historical year for this entry is 1899. 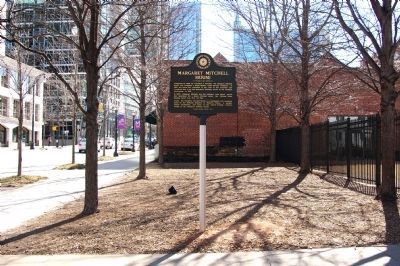 Click or scan to see
this page online
north. The marker stands at the front of the Margaret Mitchell House. Touch for map. Marker is at or near this postal address: 990 Peachtree Street NW, Atlanta GA 30309, United States of America. Touch for directions.

Regarding Margaret Mitchell House. After conversion to apartments, the Margaret Mitchell House was eventually abandoned in 1978. A group of preservationists purchased the house in 1985 to prevent its demolition. A fire almost destroyed the house in 1978, and then the Daimler Benz Corporation stepped in with funding to restore the house. It was almost completed in 1996 when it burned again. It was finally finished and opened to the public on May 17, 1997.

Margaret Mitchell's Gone with the Wind has been translated into 27 languages, and has sold over 30 million copies. It coninues to sell over 250,000 every year. 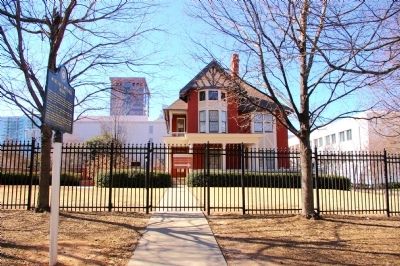 By David Seibert, February 12, 2011
3. Margaret Mitchell House and Marker
maintains a website for the house here:http://www.margaretmitchellhouse.com/ 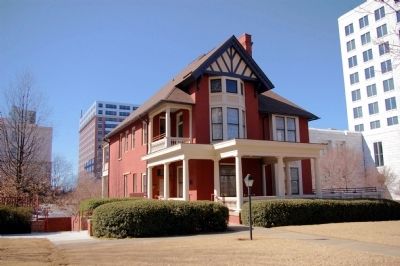 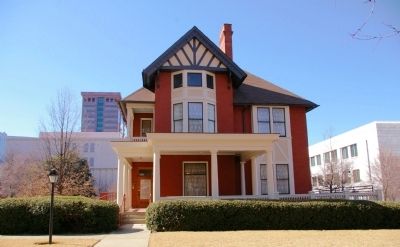 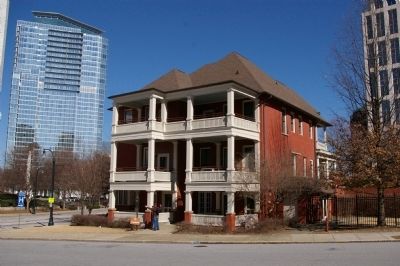 By David Seibert, February 12, 2011
6. Margaret Mitchell House
The rear of the house faces Crescent Street, and shows its conversion to the Crescent Apartments. 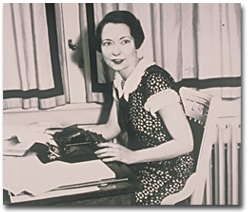