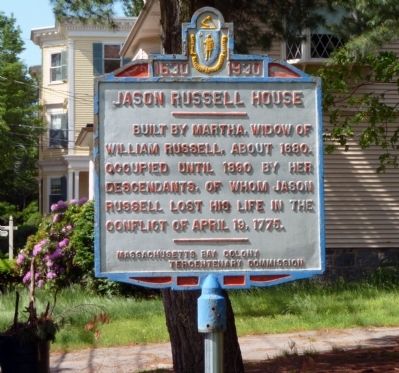 Photographed By Roger W. Sinnott, June 2, 2011
1. Jason Russell House Marker
Inscription.
Jason Russell House. 1630 – 1930. Built by Martha, widow of William Russell, about 1680. Occupied until 1890 by her descendants, of whom Jason Russell lost his life in the conflict of April 19, 1775. . This historical marker was erected in 1930 by the Massachusetts Bay Colony Tercentenary Commission. It is in Arlington in Middlesex County Massachusetts

Built by Martha, widow of William Russell, about 1680. Occupied until 1890 by her descendants, of whom Jason Russell lost his life in the conflict of April 19, 1775.

Topics and series. This historical marker is listed in these topic lists: Colonial Era • Settlements & Settlers • War, US Revolutionary • Women. In addition, it is included in the Massachusetts Bay Colony—Tercentenary Commission Markers series list. A significant historical date for this entry is April 19, 1885.

Other nearby markers. At least 8 other markers are within 2 miles of this marker, measured as the crow flies. House of John Cutter (within shouting distance of this marker); Captain Cooke’s Mill Lane (approx. 0.2 miles away); Old Men of Menotomy (approx. ¼ 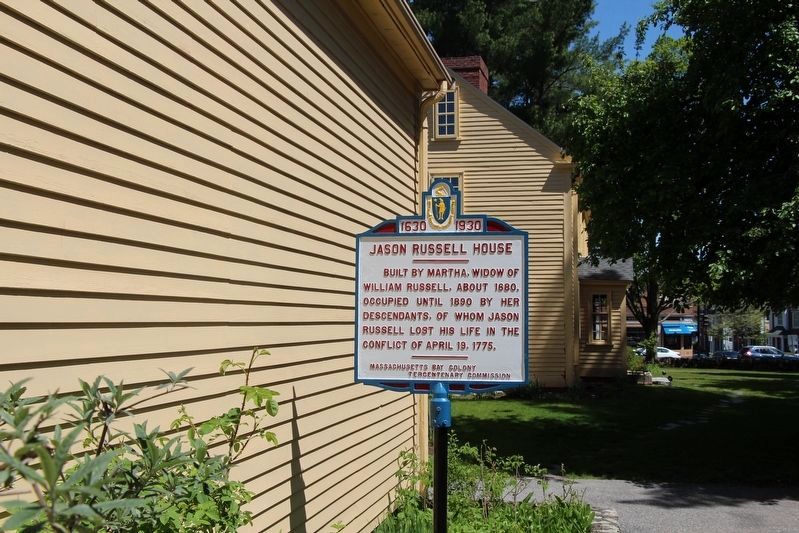 Photographed By Stephen St. Denis, May 11, 2021
2. Jason Russell House Marker
The restored marker placed next to the house.

2. Arlington Historical Society. The Arlington Historical Society was founded amidst rapid residential development in what had been a quiet agricultural town. The purposes of the Society are to (1) promote and encourage the knowledge of the history of the Town of Arlington and the preservation of its antiquities, (2) disseminate historical information in the Town and elsewhere, (3) preserve and operate the Jason Russell House, the Smith Museum, and The Society's collections and (4) engage in other activities as may be permitted by the Articles of Organization when deemed 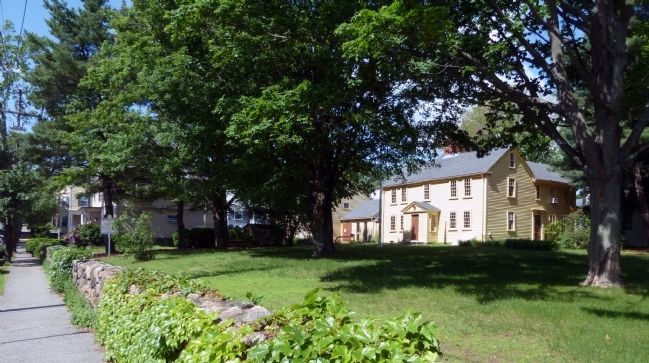