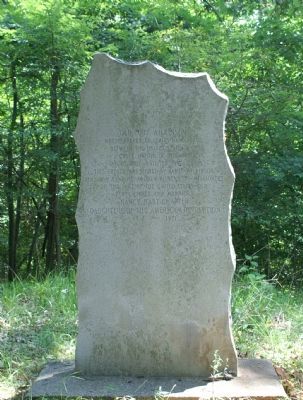 Photographed By Charles Smith, June 1, 2011
1. Old Fort Wilkinson Marker
Inscription.
Old Fort Wilkinson. . , Where treaty of limits took place between the United States and Creek Nation of Indians , June 16, 1802, ratified Jan. 11, 1803 , This treaty was signed by James Wilkinson, Benjamin Hawkins, Andrew Pickins, Commissioners on the part of the United States and forty chiefs and warriors. . This historical marker was erected in 1971 by Nancy Hart Chapter Daughters of the American Revolution. It is Near Milledgeville in Baldwin County Georgia

Erected 1971 by Nancy Hart Chapter Daughters of the American Revolution.

Topics and series. This historical marker is listed in these topic lists: Forts and Castles • Native Americans • Settlements & Settlers • Wars, US Indian. In addition, it is included in the Daughters of the American Revolution (DAR) series list. A significant historical date for this entry is June 16, 1802.

Other nearby markers. At least 8 other markers are within 2 miles of this marker, measured as the crow flies. Fort Wilkinson (about 700 feet away, measured in a direct line); Cedar Lane Cemetery (approx. 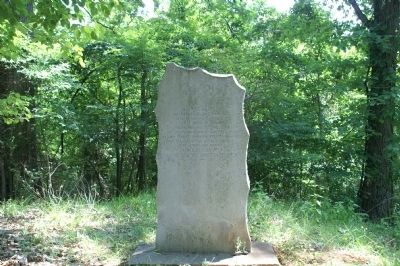 More about this marker. This marker is located .2 mile from the Fort Wilkinson marker on Vinson Road. It is located at the site of the old fort about 100 yards up the hill from the parking area.