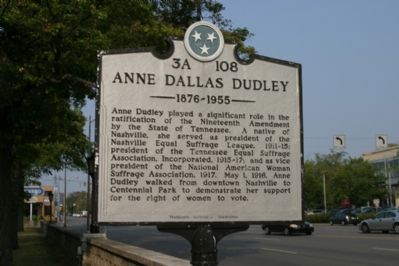 Photographed By R. E. Smith, September 2, 2007
1. Anne Dallas Dudley Marker
Inscription.
Anne Dallas Dudley. Anne Dudley played a significant role in the ratification of the Nineteenth Amendment by the State of Tennessee. A native of Nashville, she served as president of the Nashville Equal Suffrage League, 1911-15; president of the Tennessee Equal Suffrage Association, Incorporated, 1915-17; and as vice president of the National American Woman Suffrage Association, 1917. May 1, 1916, Anne Dudley walked from downtown Nashville to Centennial Park to demonstrate her support for the right of women to vote. . This historical marker was erected by Tennessee Historical Commission. It is in Nashville in Davidson County Tennessee

Topics and series. This historical marker is listed in these topic lists: Civil Rights • Women. In addition, it is included in the Tennessee Historical Commission, and the Women's Suffrage series lists. A significant historical date for this entry is May 1, 1916. 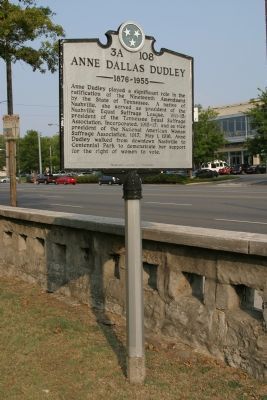 Additional commentary.
1. Anne Dallas Dudley (1876-1955)
Suffragist and civic leader Anne Dallas Dudley was a leader in the movement to ratify the 19th Amendment to the U. S. Constitution that gave American women the right to vote. A socially prominent wife and mother in Nashville, Anne Dudley organized the Nashville Equal Suffrage League in 1911, became president of the Tennessee League and a vice-president of the national organization. A woman of great charm and political skill, she and her organization spear-headed the successful campaign to make Tennessee the "perfect 36", the state to cast the deciding vote for the ratification of the 19th Amendment in 1920. Following the ratification, Mrs. Dudley was the first woman delegate-at-large to the National Democratic Convention. In both World Wars, she served on the National Board of Relief 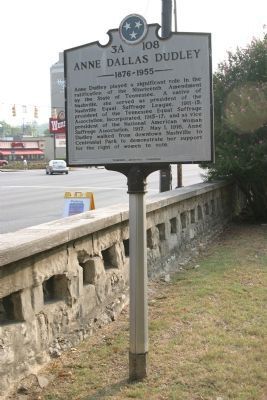 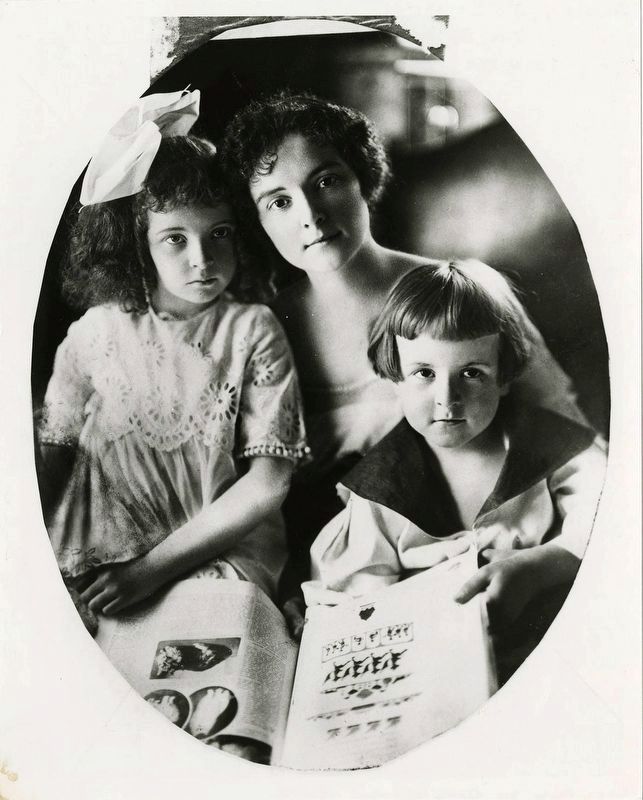 Courtesy of the Tennessee Virtual Archives
4. Anne Dallas Dudley
"Anne Dallas Dudley was a national and state leader in the fight for women's suffrage who worked tirelessly to secure the ratification of the 19th Amendment in Tennessee. She was from a prominent Nashville family, and married to one of the founders of the Life and Casualty Insurance Company. This picture of Dudley reading with her children Trevania and Guilford, Jr. was used in women's suffrage publicity materials to counter the stereotypes of suffragists as mannish, childless radicals intent on destroying the American family...." 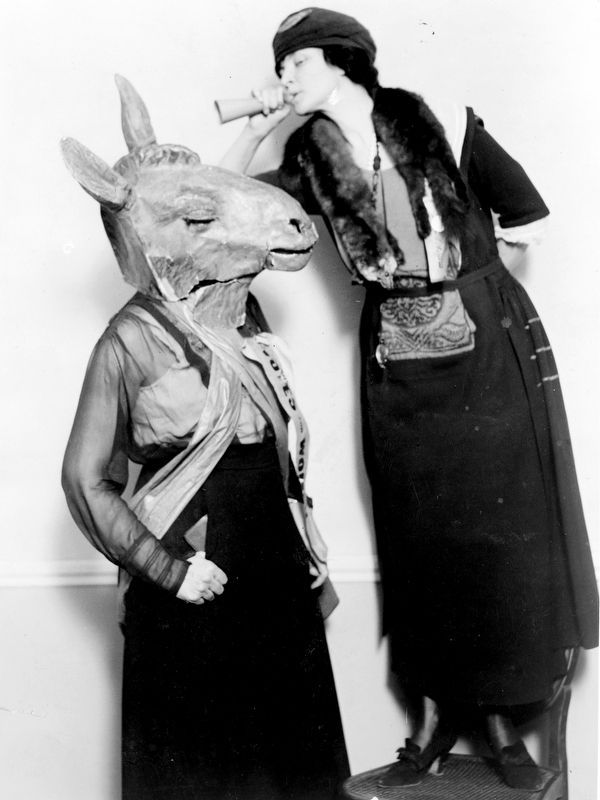