The Pride of Seven Flags 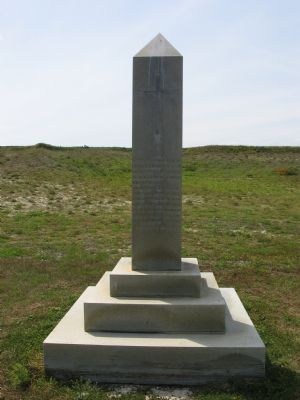 (East Face):
Tribute dedicated to the memory of the soldiers who gave their lives in the defense of our country here at Fort Morgan.
Here lies the pride of seven flags entombed in our ancestor’s worth, who heard the thunder of the fray break o’er the field beneath knew the watchword of the day was “Victory or Death.” 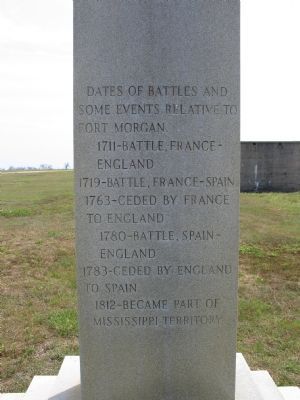 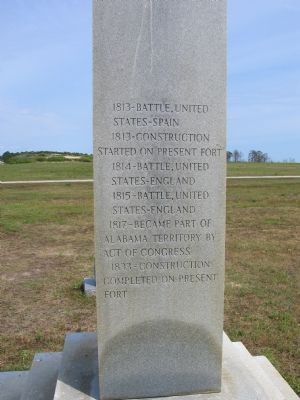 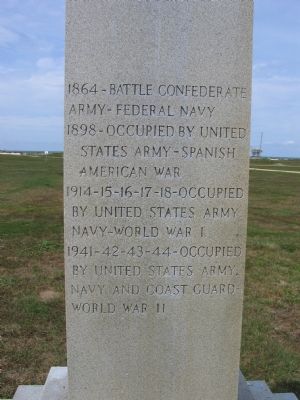 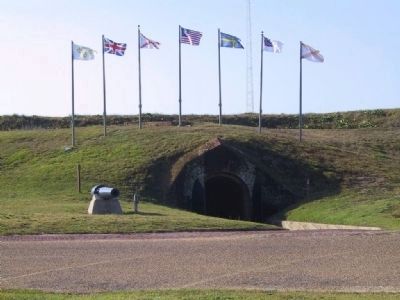 By Sandra Hughes, November 27, 2001
5. The Seven Flags at Fort Morgan
The seven flags on the glacis represent the groups that have controlled this area. They are: France, Great Britain, Spain, the United States, the Alabama Militia (Montgomery Rifles), the Confederacy, and the State of Alabama 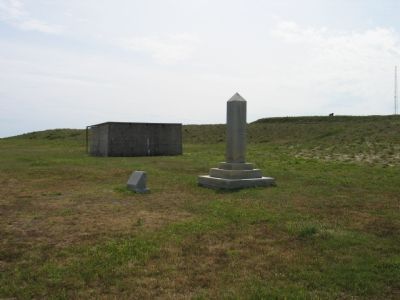 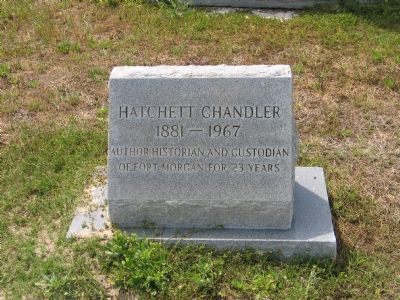