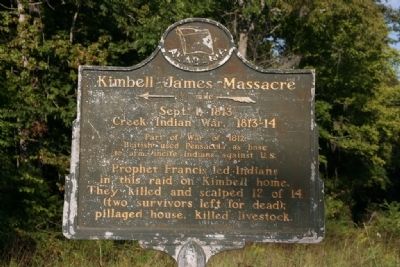 Part of War of 1812. British used Pensacola as base to arm, incite Indians against U.S..

Topics. This historical marker is listed in these topic lists: Native Americans • War of 1812 • Wars, US Indian. A significant historical date for this entry is September 1, 1813.

Other nearby markers. At least 8 other markers are within 6 miles of this marker, measured as the crow flies. Reverend Timothy Horton Ball, A. M. (here, next to this marker); Fort Sinquefield (approx. half a mile away); Whatley, Alabama (approx. 0.6 miles away); Old Line Road (approx. 3.2 miles away); Old Indian Trail 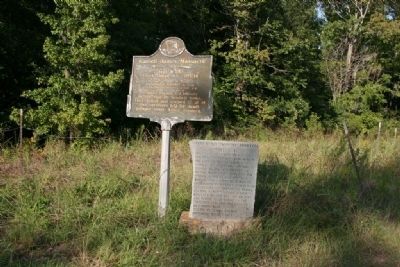 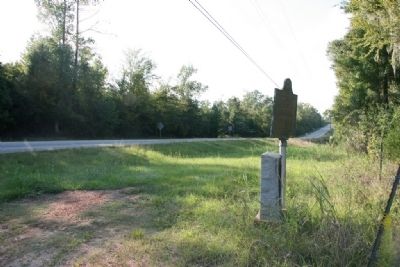