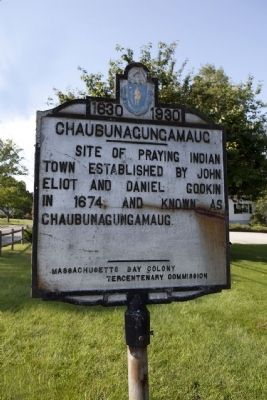 Site of Praying Indian town established by John Eliot and Daniel Gookin in 1674 and known as Chaubunagungamaug.

Location. 42° 2.757′ N, 71° 51.777′ W. Marker is in Webster, Massachusetts, in Worcester County. Marker is at the intersection of Thompson Road and Lake Street, on the right when traveling south on Thompson Road. Touch for map. Marker is in this post office area: Webster MA 01570, United States of America. Touch for directions. 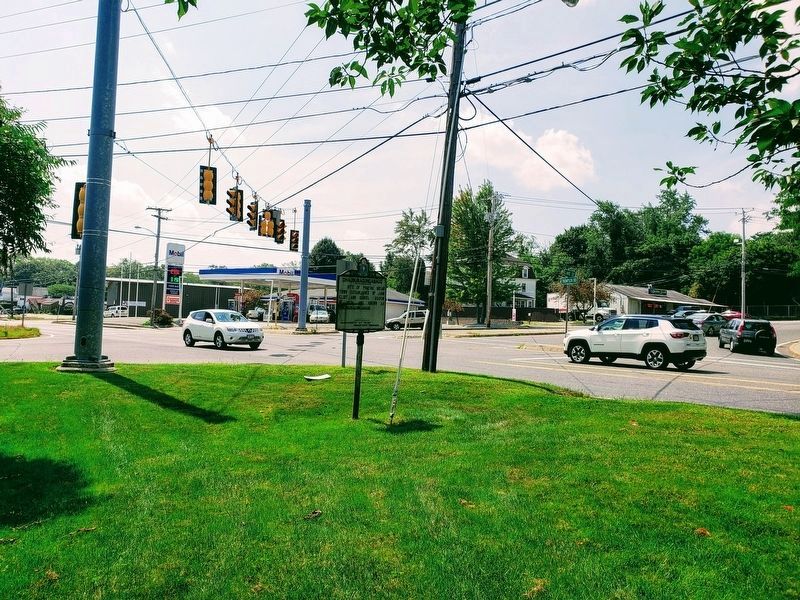 August 28, 2018
2. Chaubunagungamaug Marker
3½ miles away); The Johnson Massacre (approx. 3.7 miles away); Huguenot Settlement (approx. 4.4 miles away); Thompson (approx. 6 miles away in Connecticut). Touch for a list and map of all markers in Webster. 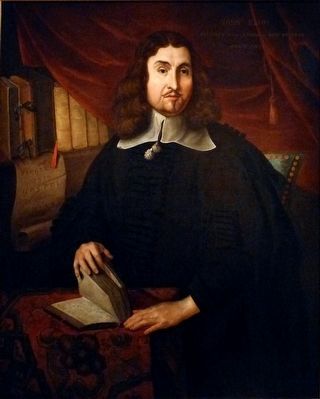 By Allen C. Browne, August 9, 2015
3. John Eliot
This portrait by of John Eliot an unknown artist hangs in the National Portrait Gallery in Washington, DC.