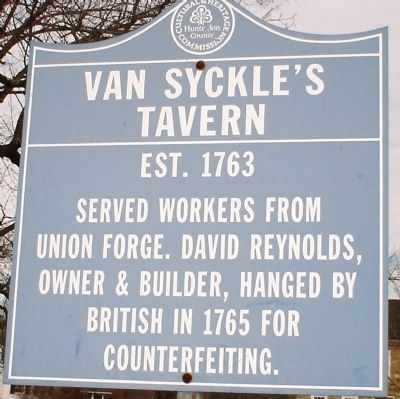 Est. 1763 Served Workers from Union Forge. David Reynolds Owner and Builder. Hanged in 1765 by the British for Counterfeiting

Topics and series. This historical marker is listed in these topic lists: Colonial Era • Industry & Commerce • Law Enforcement. In addition, it is included in the New Jersey, Hunterdon County Cultural and Heritage Commission series list. A significant historical year for this entry is 1763.

Other nearby markers. At least 8 other markers are within 2 miles of this marker, measured as the crow flies. David Reynolds Tavern/Joseph Van Syckel Residence (within shouting distance of this marker); Joseph Turner House (approx. 0.7 miles away); Perryville Tavern (approx. 1.2 miles 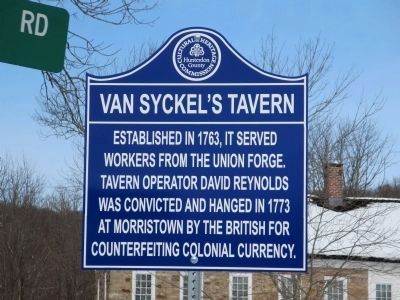 Photographed By Alan Edelson, February 20, 2014
2. Van Syckles Tavern Marker (Updated)
Established in 1763, it served workers from the Union Forge. Tavern Operator David Reynolds was convicted and hanged in 1773 at Morristown by the British for counterfeiting colonial currency.

Regarding Van Syckles Tavern. The area known as Van Syckles Corner is a crossroads settlement of three modern houses, the weatherbeaten frame of a former store, and the graceful stone and frame house that was, until 1860, Van Syckles Tavern. A cornerstone bears the date 1763. For many years the inn was a stopping place for Philadelphians enroute to Schooley's Mountain Springs; Joseph Bonaparte, brother of Napoleon, stayed here on his frequent trips from Bordentown. The builder, who the present descendants of the Van Syckle family point out was no relative of theirs, was hanged at High Bridge for counterfeiting Continental money during the Revolutionary War.
Source: New Jersey: A Guide to Its Present and Past, originally published in 1939 by New Jersey Guild Associates. Currently published by U.S. History Publishers.

The Van Syckel Corner District was added to the National Register of Historic Places in 1979. 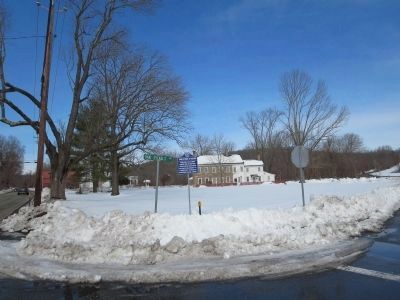 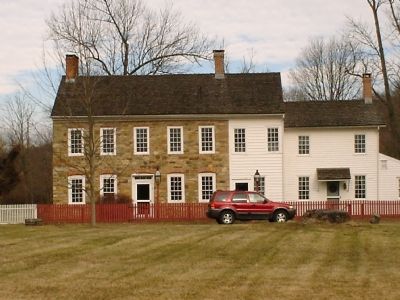 Photographed By William Honachefsky Jr, November 13, 2004
4. Van Syckles Tavern (today)
Built by Allen and Turner. Was also a meeting place of the Sons of Liberty 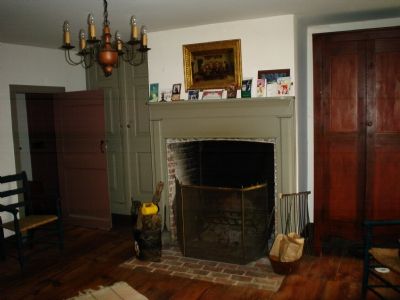 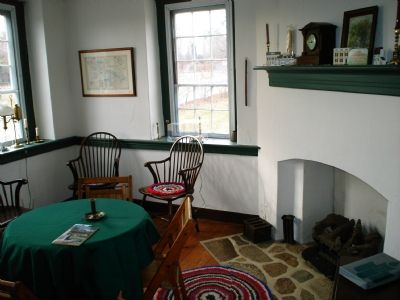