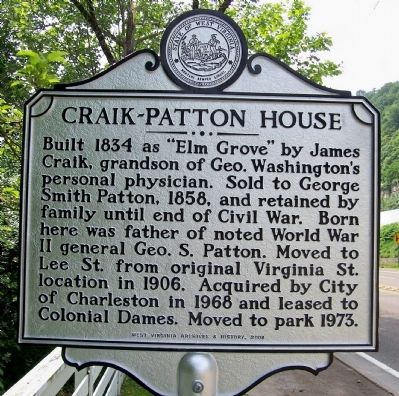 By Forest McDermott, May 27, 2008
1. Craik-Patton House Marker
Inscription.
Craik-Patton House. . Built 1834 as "Elm Grove" by James Craik, grandson of Geo. Washington's personal physician. Sold to George Smith Patton, 1858, and retained by family until end of Civil War. Born here was father of noted World War II general Geo. S. Patton. Moved to Lee St. from original Virginia St. location in 1906. Acquired by City of Charleston in 1968 and leased to Colonial Dames. Moved to park 1973. . This historical marker was erected in 2008 by West Virginia Archives & History. It is in Charleston in Kanawha County West Virginia

Other nearby markers. At least 8 other markers are within 2 miles of this marker, measured as the crow flies. Charleston 's Civil War Sites (about 300 feet away, 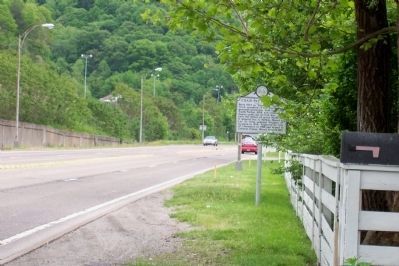 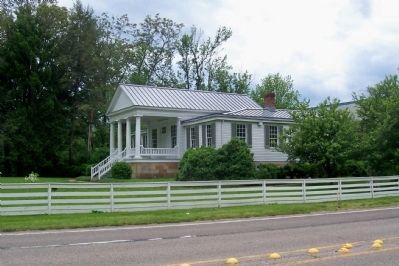