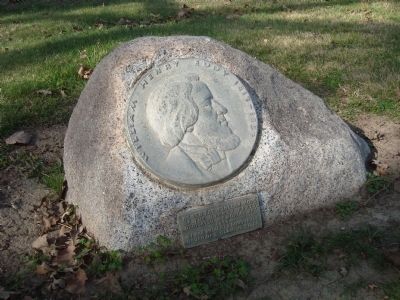 He led the forlorn hope of the Donner Party.
Dedicated Memorial Day, 1946

Topics and series. This historical marker is listed in these topic lists: Cemeteries & Burial Sites • Exploration • Roads & Vehicles • Settlements & Settlers. In addition, it is included in the E Clampus Vitus series list. A significant historical year for this entry is 1946.

Location. 37° 17.92′ N, 121° 51.435′ W. Marker is in San Jose, California, in Santa Clara County. Marker can be reached from Curtner Avenue. This marker is located in the northern part of Section C in Oak Hill Cemetery. The cemetery is located at the intersection of Curtner Avenue and Monterey Highway (State Route 82). Touch for map. Marker is at or near this postal address: 300 Curtner Avenue, San Jose CA 95125, United States of America. Touch for directions. 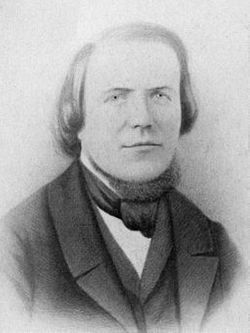 Also see . . .  The Donner Party Diary. Daniel M. Rosen's Website homepage:
The Donner Party was the most famous tragedy in the history of the westward migration. Almost ninety wagon train emigrants were unable to cross the Sierra Nevada before winter, and almost one-half starved to death. Perhaps because they were ordinary people -- farmers, merchants, parents, children -- their story captures the imagination. The logs on this site contain the words of the participants from their diaries, letters and first-hand accounts, balanced by the perspective of later historians. The logs describe the locations of their trail and camps in detail so you can follow in the Donner Party's wagon tracks and footsteps. (Submitted on February 4, 2012, by Barry Swackhamer of Brentwood, California.) 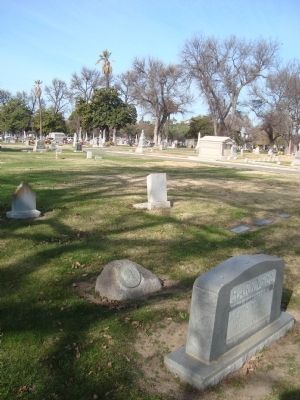 Photographed By Barry Swackhamer, January 29, 2012
3. William Henry Eddy 1817 – 1859 Marker
Gordon Huff
The image of William Henry Eddy seen on the marker was sculptured by this well known artist. His sculptures were on display at the Golden Gate International Exposition that was held on Treasure Island in the San Francisco Bay in 1939 and 1940, along with many other venues. He was an active member of E Clampus Vitus and his work is used on many Clamper plaques throughout Northern California. He provided the many scenes seen on the ECV Wall of Comparative Ovations located in Murphys, California.
— Submitted February 5, 2012.