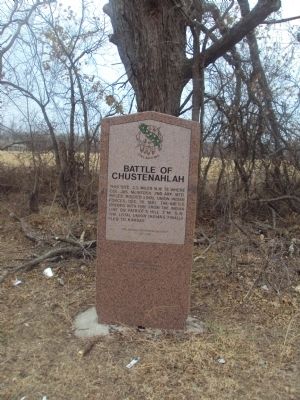 Photographed By Michael Manning, 2011
1. Battle of Chustenalah Marker
Inscription.
Battle of Chustenahlah. . This site, 3.5 miles N.W. is where Col. Jas. McIntosh, 2nd Ark. Mtd. Rifles, routed Loyal Union Indian forces, Dec. 26, 1861. The battle started with fire from the Indian line on Patriot's Hill, 2 Mi. S.W. The Loyal Indians finally fled into Kansas. . This historical marker was erected in 1995 by Oklahoma Historical Society. It is in Skiatook in Tulsa County Oklahoma

Topics and series. This historical marker is listed in these topic lists: Native Americans • War, US Civil. In addition, it is included in the Oklahoma Historical Society series list. A significant historical date for this entry is December 26, 1970.

Location. 36° 22.116′ N, 96° 3.568′ W. Marker is in Skiatook, Oklahoma, in Tulsa County. Marker is on W.C. Rogers Boulevard (State Highway 20). This marker is located in a small turn-off to the right side of the road when westbound on SR 20 from Skiatook. Touch for map. Marker is in this post office area: Skiatook OK 74070, United States of America. Touch for directions. 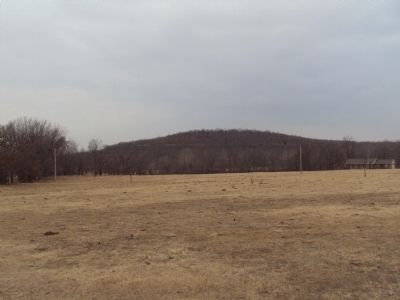 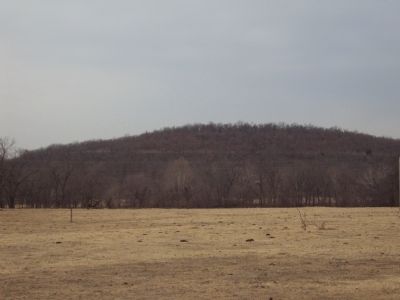