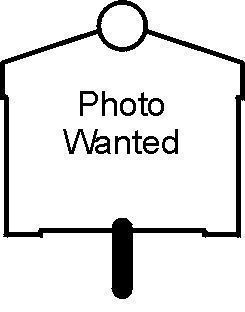 1. The Federal Salient Marker (missing)
Inscription.
The Federal Salient. . July 28, 1864. The N.E. cor. of Laurel and Archer was the location of a salient angle in the line of Logan’s 15th Corps troops [US] in the Battle of Ezra Church. N.W. from the angle, Harrow’s and M. L. Smith’s divs. extended to Anderson Ave.; Wood’s div. was deployed N.E. along the old Lick Skillet Rd. (no longer there) to Ezra Ch. (S.E. cor. Mozley Park) and beyond, where it joined the Right of the 17th Corps., Clayton’s div. (S, D. Lee’s A. C.) attacked the angle with Gibson’s, Baker’s and Holtzclaw’s brigades [CS]. This was the Right of the Confederate line., The post-war structure, Battle Hill school, stood at the S.E. cor. of Laurel Ave. and Archer St . This historical marker was erected in 1958 by Georgia Historical Commission. It is in Atlanta in Fulton County Georgia

Clayton’s div. (S, D. Lee’s A. C.) attacked the angle with Gibson’s, Baker’s & Holtzclaw’s brigades [CS]. This was the Right of the Confederate line.

Topics and series. This historical marker is listed in this topic list: War, US Civil. In addition, it is included in the Georgia Historical Society series list. A significant historical date for this entry is July 28, 1781. 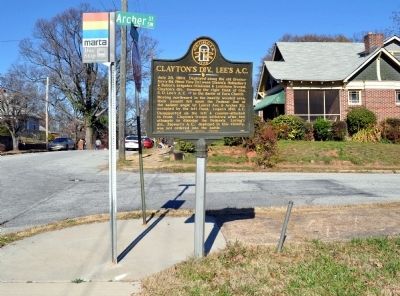 Photographed By David Seibert, December 17, 2011
2. The Federal Salient Marker Post
A duplicate marker, removed from another location, stands on the post. The marker (plaque) is incorrect for this location.

More about this marker. The marker was last recorded as standing at this location in 2000, leaving the post standing. In 2010 or 2011 another marker, removed from a nearby location, was installed here on the original post for a different marker.