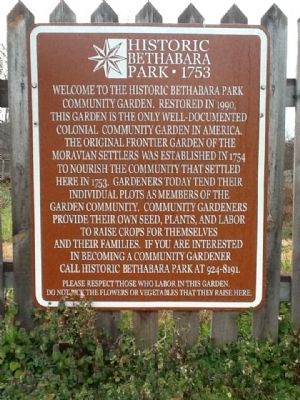 Welcome to the Historic Bethabara Park Community Garden. Restored in 1990, this garden is the only well-documented colonial community garden in America. The original frontier garden of the Moravian settlers was established in 1754 to nourish the community that settled here in 1753. Gardeners today tend their individual plots as members of the garden community. Community gardeners provide their own seed, plants, and labor to raise crops for themselves and their families.

Topics. This historical marker is listed in these topic lists: Agriculture • Colonial Era • Settlements & Settlers. A significant historical year for this entry is 1990. 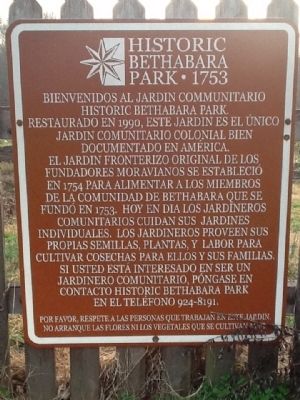 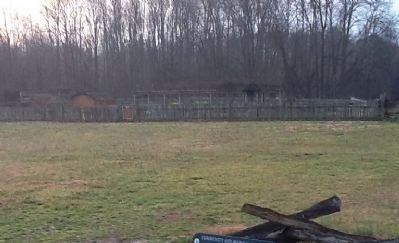 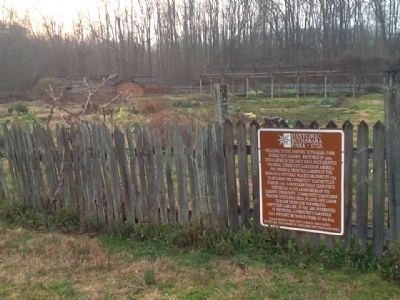