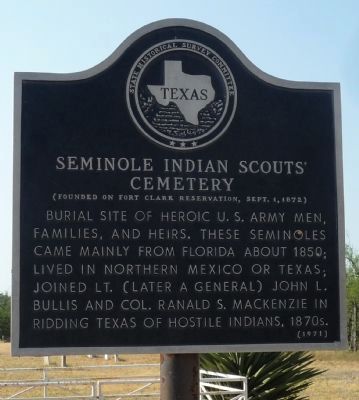 Topics and series. This historical marker is listed in these topic lists: African Americans • Cemeteries & Burial Sites • Native Americans • Settlements & Settlers • Wars, US Indian. In addition, it is included in the Medal of Honor Recipients series list. A significant historical year for this entry is 1850. 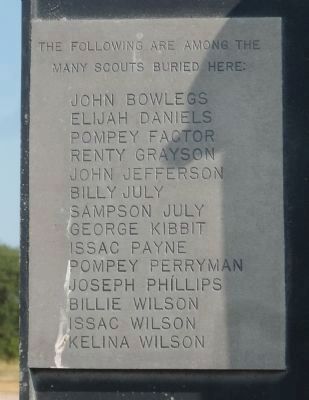 Click or scan to see
this page online
, in Kinney County. Marker can be reached from Ranch to Market Road 3348, 3 miles south of U.S. 90. In the cemetery, which is within Brackettville limits. Touch for map. Marker is in this post office area: Brackettville TX 78832, United States of America. Touch for directions.

Related marker. Click here for another marker that is related to this marker. Interred in this cemetery are the three Seminole Scout Medal of Honor recipients featured on a marker placed in 2006 at a scenic overlook off US Hwy 90 at Pecos River Canyon in Val Verde County.

Additional commentary.
1.
Every September, in memory of the disbandment of the Seminole-Negro Indian Scout Detachment in 1914, our Seminole community gathers to remember their Indian Scout ancestors. Their cemetery is always the centerpiece of that celebration. To the south and west of the Seminole camp on Fort Clark is the burial ground 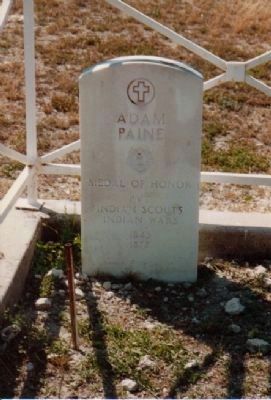 Photographed By Richard Denney
3. Adam Paine, Medal of Honor
Tombstone reads: Adam Paine, Medal of Honor, Pvt, Indian Scouts, Indian Wars, 1843-1877
of the Scouts and their descendants. Four recipients of the Congressional Medal of Honor are interred here. Under the lone twisted oak at the back of the cemetery are the two First Sergeants, John Shields and Ben July, the other scouts in uneven rows out in the hot Texas sun. On Semi-nole Day a small American flag is placed in front of each government head-stone, a garden of flags for the scouts in their final camp.

The history of the Seminole Cemetery is as unique and historical as the In-dian Scouts who are buried here. Approximately 100 or more Negro Seminole Scouts who played a major role in protecting the Texas frontier from hostile Indians are buried here, with the descendants and families of the scouts.

The Negro Seminole Indian Scout cemetery was established in September 1872 on the Fort Clark Reservation. April 14, 1881 the scouts fought their last Indian battle following the final important raid on Texas soil near the Rio Grande.

At that time the cemetery was under supervision of Deacon Tony Wilson who left us many years ago. “Uncle Tony,” also left us with a constant sense of pride, to be proud of our ancestors and their accomplishments, “To preserve and hallow these grounds that these dead may not have died in vain.” 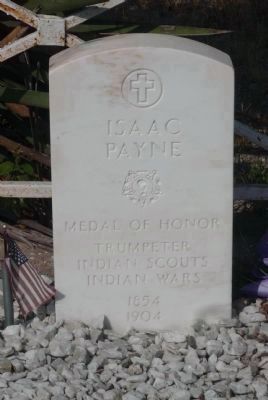 Photographed By Richard E. Miller, August 12, 2010
4. Isaac Payne, Medal of Honor
Trumpeter, Indian Scouts, Indian Wars, 1854-1904
the passing away of Uncle Tony, Mr. Warren Perryman (Uncle Warren we respectfully called him) became chairman of our group. He passed away and was buried in Stockton, California, in recent years.

Uncle Warren was responsible, helped by city officials, for obtaining from the War Department, about 1940, headstones that now mark the graves of over 100 scouts buried here. His principles and ideals were: be proud of your heritage; do not forget the graves of these scouts; honor them and cherish them.

During these years was a period of disinterest and complacency, when fami-lies would just come on Memorial Day, May 30, and prepare to honor the graves.

Around 1965, the restoration and preservation of the cemetery began. The lo-cal historical society, chamber of commerce, the Retama Garden Club, and in-terested individuals donated their time and finances to this effort.

The grandson of Scout Pompey Perryman, Carlton Perryman reorganized the as-sociation in 1967. He was a retired sergeant in the U.S. Army, and a veteran of World War II and Korea. Inspired by his uncle, Warren Perryman, he ac-cepted the challenge with vigor and determination.

The organization is now registered with the State of Texas as non-profit, and is properly constituted with a board of directors and laws. Its sole purpose is to preserve, promote and maintain the Seminole 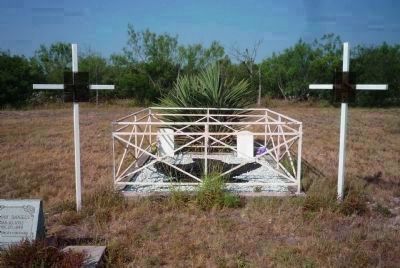 Membership in the association includes almost every member of Brackett-ville’s Negro population, most of whom can trace their ancestry to one of the courageous Scouts. The old scouts are gone, maybe from on high they still watch over us with unseen eyes and guidance.

We descendants solemnly promise to study the history of our ancestors and to live our lives in a manner that gives honor to their memory. We recognize that much of their story is held by our oldest family members who are oral historians and they should be regularly interviewed and always respected. We are grateful to all teachers, students, researchers, scholars, and any interested parties who would learn the truth about our rich heritage. Whether we call ourselves Estelusti Freedman, Black Seminoles, Ma-roons, Los Mascogos Indios, or Seminoles, we do confirm that our collective story springs from America, Africa, and Mexico. A story written during difficult times requiring hard choices of souls whose only weapons were their beliefs, courage, and determination to survive. We gratefully accept these gifts as our inheritance and we are proud to pass this legacy on to any or all who would receive them through de-scent or adoption. 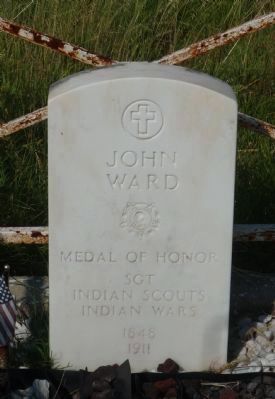 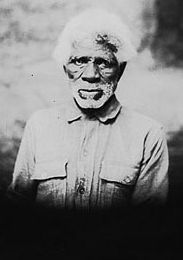 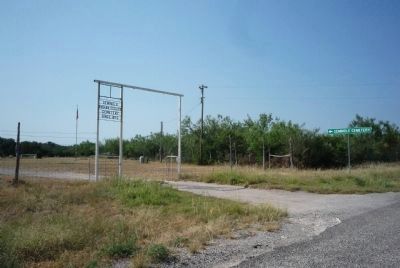 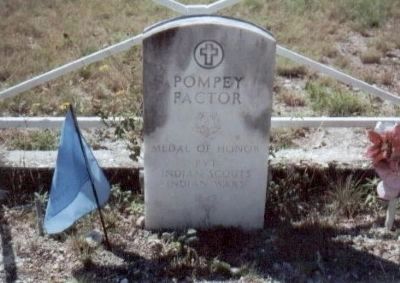 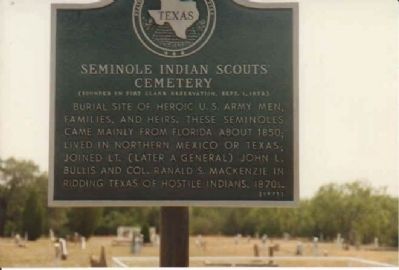 Photographed By Richard Denney, circa 1996
10. Seminole Indian Scouts' Cemetery Marker
An older picture of the marker. 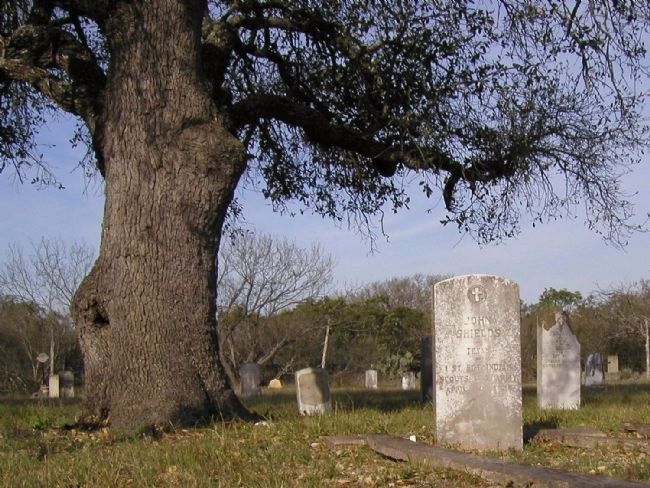 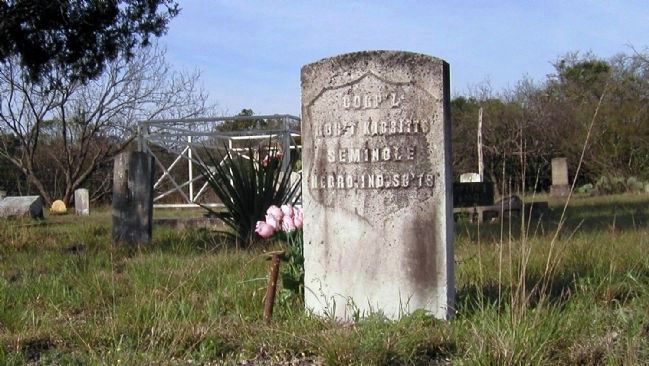 Photographed By William F Haenn, September 8, 2006
12. Grave of Scout Robert Kibbetts (note old style government headstone)
Robert Kibbetts was one the original Scouts who enlisted in 1870 when the detachemnt was formed. He served for 35 years until 1905. Because scout enlistments lasted only six months, Kibbetts reenlisted seventy times during his service as a Scout. 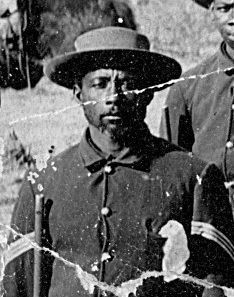 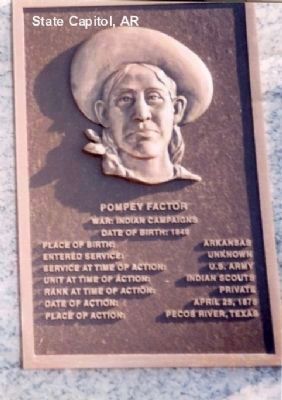