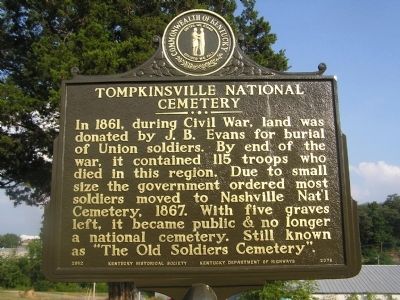 In 1861, during Civil War, land was donated by J.B. Evans for burial of Union soldiers. By end of the war, it contained 115 troops who died in this region. Due to small size and remote location, most soldiers moved to Nashville Nat'l Cemetery, 1867. With five graves left, it became public & no longer a national Cemetery. Still known as "The Old Soldiers Cemetery".

Erected 2012 by The Friends of the Tompkinsville National Cemetery. (Marker Number #2378.)

Topics and series. This historical marker is listed in these topic lists: Cemeteries & Burial Sites • War, US Civil. In addition, it is included in the Kentucky Historical Society series list. 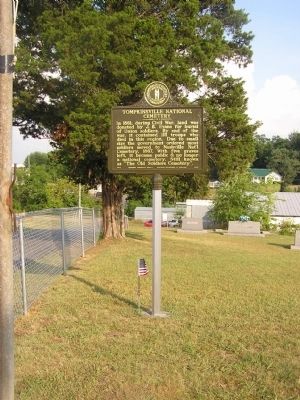 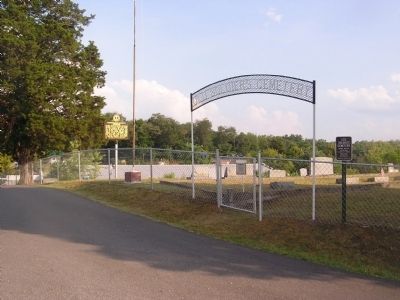