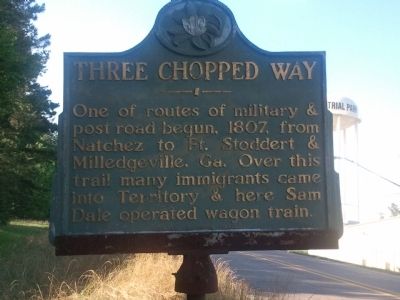 One of routes of military & post road begun, 1807, from Natchez to Ft. Stoddert & Milledgeville, Ga. Over this trail many immigrants came into Territory & here Sam Dale operated wagon train. 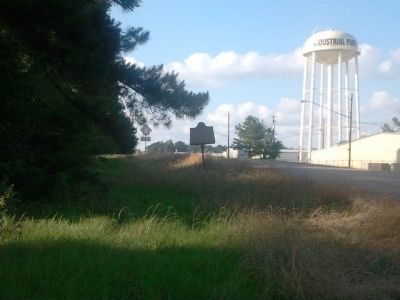