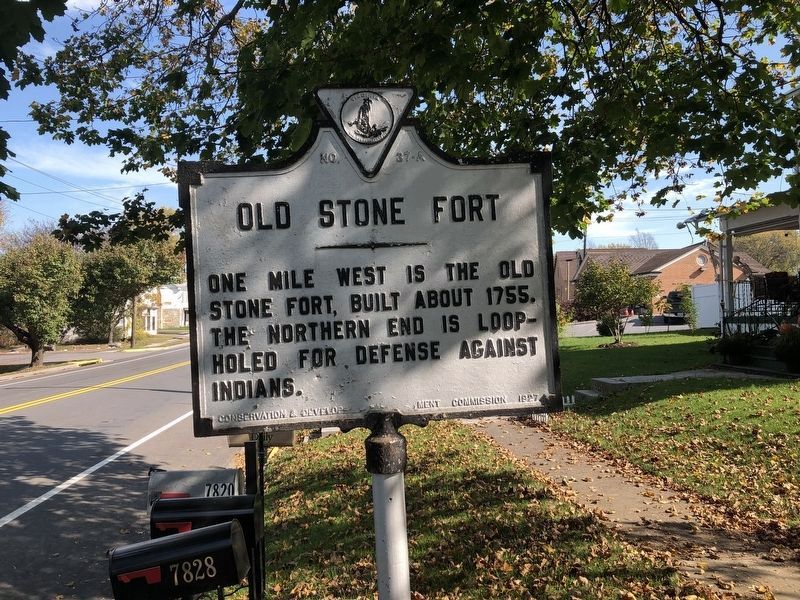 Photographed By Devry Becker Jones, October 23, 2020
1. Old Stone Fort Marker
Inscription.
Old Stone Fort. . One mile west is the old stone fort, built about 1755. The northern end is loop-holed for defense against indians. . This historical marker was erected in 1927 by Conservation and Development Commission. It is in Middletown in Frederick County Virginia

One mile west is the old stone fort, built about 1755. The northern end is loop-holed for defense against indians.

Topics and series. This historical marker is listed in these topic lists: Colonial Era • Forts and Castles • War, French and Indian • Wars, US Indian. In addition, it is included in the Virginia Department of Historic Resources series list. A significant historical year for this entry is 1755. 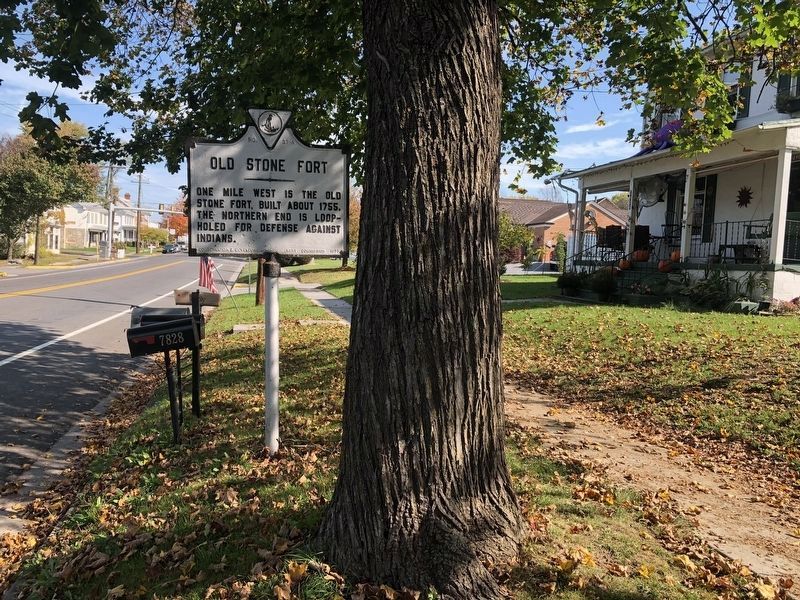 Click or scan to see
this page online
(approx. 0.6 miles away). Touch for a list and map of all markers in Middletown.

Additional commentary.
1. The Stone Fort
The marker probably references Nieswander's Fort located to the west of town along Middle Marsh Brook just south of the Hite Chapel Road (County Route 627). The fort was built in the 18th Century, and some remains were reported on site, in Park Service surveys, as recently as 1995. Federal troops occupied ground near the fort during the Battle of Cedar Creek, October 18, 1864. The remains, if still in existence, are on private property.

Another colonial era stone fort is reported to stand at Marlboro, further west on Hite Chapel Road, near the iron forge. However, in a survey dated from 1992 prepared for the Virginia Department of Historic Resources, "Stephen's Fort" was determined to be an ice house rather than a defensive fortification, despite local stories to the contrary.
— Submitted November 5, 2007, by Craig Swain of Leesburg, Virginia.
Credits. This page was last revised on October 24, 2020. It was originally submitted on October 2, 2006, by Roger Dean Meyer of Yankton, South Dakota. This page has been viewed 1,967 times since then and 54 times this year. Photos:   1, 2. submitted on October 24, 2020, by Devry Becker Jones of Washington, District of Columbia. • J. J. Prats was the editor who published this page.
Share this page.