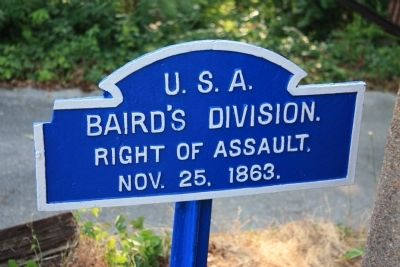 Location. 35° 2.465′ N, 85° 15.212′ W. Marker is in Chattanooga, Tennessee, in Hamilton County. Marker is on North Crest Road south of Brown Wood Drive, on the left when traveling north. This historical marker is on the western crest of Missionary Ridge between the Turchin Reservation and the DeLong Reservation. Touch for map. Marker is in this post office area: Chattanooga TN 37404, United States of America. Touch for directions. 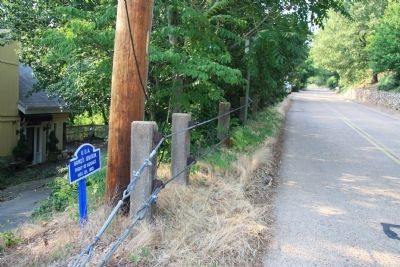 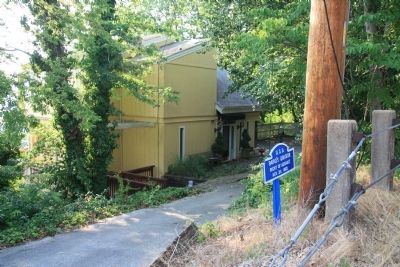 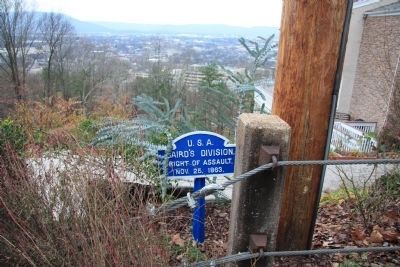 By Dale K. Benington, December 7, 2013
4. Baird's Division Marker
Close-up view of the historical marker, with a distant view of Chattanooga (as seen beneath the crest of Missionary ridge), and in the far left of the picture a very distant view of Lookout Mountain. 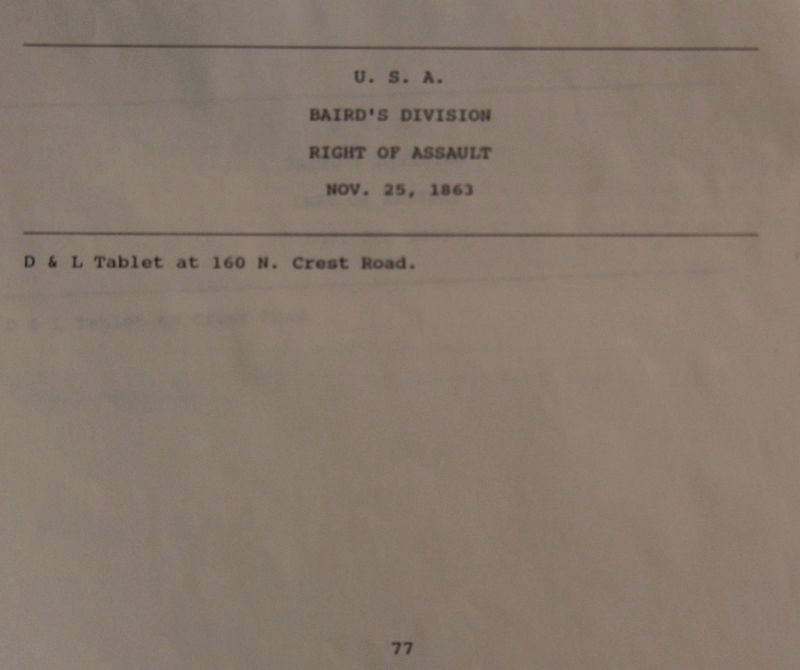