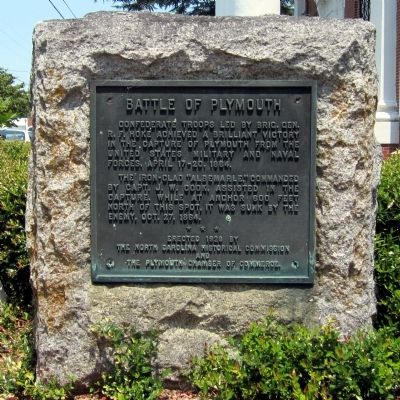 Photographed By Bernard Fisher, June 28, 2012
1. Battle of Plymouth Marker
Inscription.
Battle of Plymouth. . Confederate troops led by Brig. Gen. R. F. Hoke achieved a brilliant victory in the capture of Plymouth from the United States military and naval forces, April 17-20, 1864., The iron-clad “Albemarle,” commanded by Capt. J. W. Cook, assisted in the capture. While at anchor 600 feet north of this spot, it was sunk by the enemy, Oct. 27, 1864. . This historical marker was erected in 1928 by North Carolina Historical Commission, Plymouth Chamber of Commerce. It is in Plymouth in Washington County North Carolina

Topics. This historical marker is listed in these topic lists: War, US Civil • Waterways & Vessels. A significant historical date for this entry is April 17, 1809. 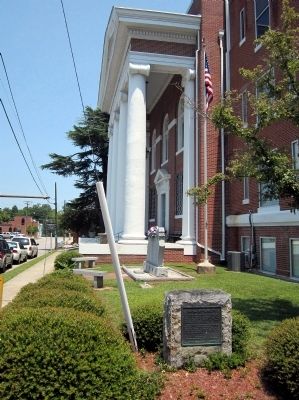