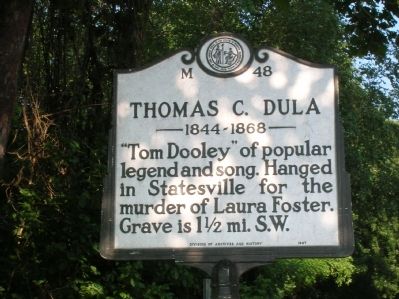 By Michael C. Wilcox, July 6, 2012
1. Thomas C. Dula Marker
Inscription.
Thomas C. Dula. "Tom Dooley" of popular legend and song. Hanged in Statesville for the murder of Laura Foster. Grave is 1½ mi. S.W. . This historical marker was erected in 1987 by NC Division of Archives and History. It is in Ferguson in Wilkes County North Carolina

"Tom Dooley" of popular legend and song. Hanged in Statesville for the murder of Laura Foster. Grave is 1½ mi. S.W.

Topics and series. This historical marker is listed in these topic lists: Cemeteries & Burial Sites • Entertainment • War, US Civil. In addition, it is included in the North Carolina Division of Archives and History series list. 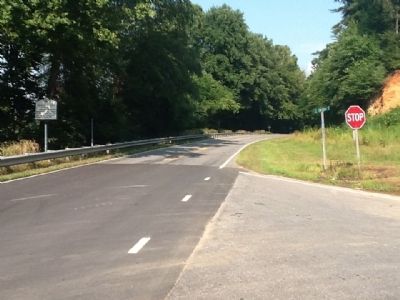 Related markers. Click here for a list of markers that are related to this marker. Click to map Tom Dola’s whereabouts when he was captured by the posse.

Also see . . .
1. Find a Grave page (with photo). (Submitted on July 7, 2012, by Michael C. Wilcox of Winston-Salem, North Carolina.)
2. Wikipedia Entry for Tom Dula. “Thomas C. "Tom" Dula (1845–1868) was a former Confederate soldier who was convicted of murdering Laura Foster. National publicity from newspapers such as The New York Times, turned Dula’s story into a folk legend. Although Laura was murdered in Wilkes County, North Carolina, Dula was tried, convicted, and hanged in Statesville. Considerable controversy surrounded the case. In subsequent years, a folk song was written (entitled ‘Tom Dooley,’ based on the pronunciation in the local dialect), and many oral traditions were passed down, regarding the sensational occurrences surrounding Laura Foster’s murder and Dula’s subsequent execution.” (Submitted on June 12, 2017.)

3. The Ballad of Tom Dooley performed by David Summerford. 2010 YouTube 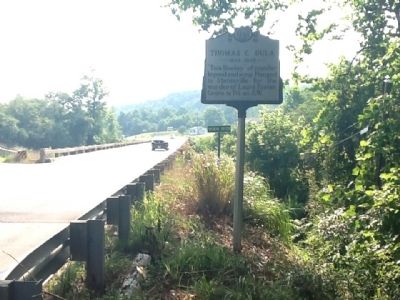 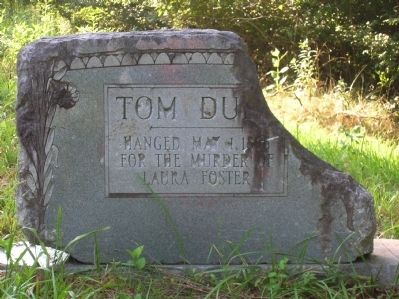 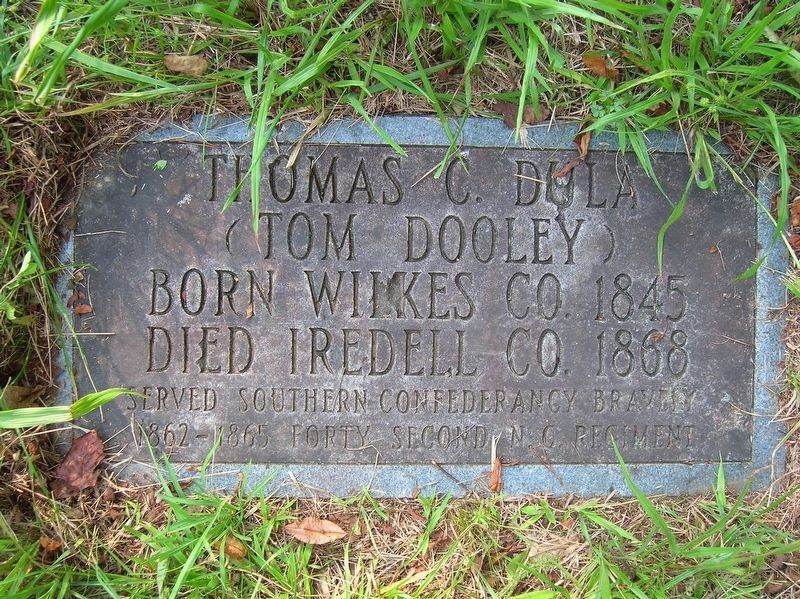 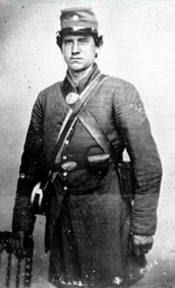